TORONTO – Leon’s Furniture Limited (LFL), this country’s largest full-line furniture retailer, has closed out its previously announced ‘substantial issuer bid’ paying out some $200 million to buy back for cancellation just under eight million of its outstanding common shares.

The retailer said its “modified Dutch auction” resulted in the buy back of approximately 10.4% of its issued and outstanding shares at a price of $25 per share. 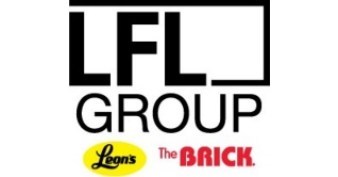 All common shares purchased over the course of bid were cancelled by the company, reducing the total number of common shares issued and outstanding to just under 68.8 million. When the substantial issuer bid was launched in late November, there were approximately 76.8 million shares outstanding. The bid ended on December 30, 2021.

Now the substantial bid has expired, the company expects to recommence buying back share under its current ‘normal course issuer bid’ which will expire on September 14, 2022. Under that NCIB, the company intends to buy back a maximum of 3.9 million common shares at current market prices.

LFL is the largest retailer of furniture, appliances and electronics in Canada whose retail banners include Leon's, The Brick, Brick Outlet, and The Brick Mattress Store. With The Brick’s Midnorthern Appliance banner and Leon’s Appliance Canada banner, the company is also the country’s largest commercial retailer of appliances to builders, developers, hotels and property management companies. LFL has 304 retail stores from coast to coast under those banners and operates three web sites: leons.ca, thebrick.com and furniture.ca.