TORONTO – Leon’s Furniture Limited (LFL), this country’s largest full-line furniture, mattress and major appliance retailer, has reported upticks in sales and earnings for both the second quarter and the first half of its 2019 fiscal year. Both corporate and franchise networks grew as did the store count.

Corporate store sales and revenue for the period was $560.9 million, an uptick of 2.6% from the $546.7 million recorded for the comparable period last. Same store sales gained 1.9%. 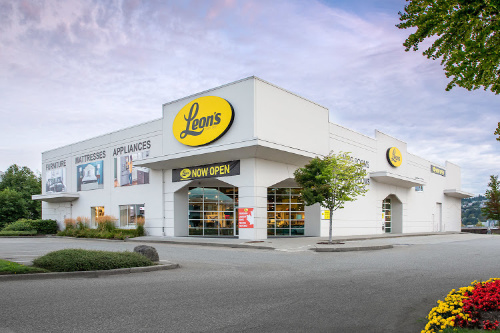 “During the second quarter, the efforts of our associates across the country drove record top and bottom-line performance in a challenging retail environment,” LFL president and chief executive officer Edward Leon said in a statement. “Targeted investments in innovative marketing campaigns during the quarter generated positive same store sales, revenue growth across all product categories and strong returns in the form of gross margin expansion.

“Revenue in our e-commerce retail channel continues to grow at a double-digit pace supported by our strategic investment in technology and personnel. We see this pace continuing on a sustained basis,” he continued.

He also noted Leon’s opened its first smart store in Coquitlam, British Columbia – and 85th location under the century-old banner – at the end of the first half. “We are generating strong early sales and efficiency results from this new store concept,” he observed. “We anticipate leveraging the best practices from this location to drive a multi-year program across the rest of our national retail network in our relentless pursuit of growth in shareholder value.”

For the six months also ending 30 June 2019, LFL system-wide sales were $1.26 billion which was a 1.1% advance from the $1.25 billion rung-up for the first half of 2018. Based on the latest retail store sales data from Statistics Canada, this gives LFL an overall national market share of 22.3% – down slightly from 23.1% last year.

It also closed three franchise locations: two under the Leon’s banner and one under The Brick while opening one Brick franchise. The network now has 98 units, down two for the year-to-date.

Although he admits there is some uncertainty in the overall Canadian economy, CEO Edward Leon said he remains confident LFL will continue to gain ground over the second half of the year.

“Despite the uncertainty over certain key economic indicators, we believe that the overall economy remains relatively strong. Although it is difficult to gauge future consumer confidence and what impact it may have on retail, we remain confident that our sales and profitability will increase,” he said.

“Given the company’s strong financial position, our principal objective is to increase market share and profitability. We remain focused on our commitment to continuously invest in digital innovation that will drive more customers to both our online e-commerce presence and our 304 physical locations across Canada,” he continued.

At the end of June, LFL operated a total of 304 stores across the country under five banners, including: Leon’s; Appliance Canada; The Brick; The Brick Mattress Store; and, Brick Outlet.