TORONTO – Leon’s Furniture Limited (LFL), this country’s largest full-line furniture retailer, reported a modest uptick in sales and revenue but a double-digit gain in earnings for both the second quarter and first half of 2018. It then said president and chief operating officer Edward Leon would become chief executive officer later this year.

LFL is the parent company to both the Toronto-based Leon’s Furniture and The Brick, the high impact promoter headquartered in Edmonton. 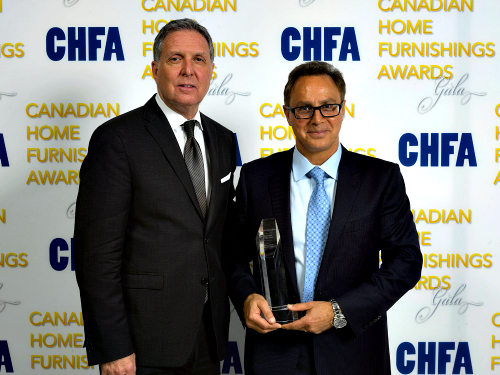 Edward Leon, who will take up the CEO’s post on 01 October 2018, said in a statement that the company continued to produce “significant” operating leverage during the first half of the year, putting it in a solid position for growth.

“For the balance of 2018 and into 2019 our team will remain focused on select initiatives to drive traffic and average ticket, with robust cost control and efficiencies,” he added. “We are well-positioned to continue to generate meaningful value for our shareholders over the next several years, leveraging our national retail bricks and mortar footprint, service related companies, real estate portfolio, successful online properties and industry-leading distribution infrastructure.”

Terry Leon, who has been CEO for the past 15 years or so is retiring and will become vice chairman of the publicly-held but largely family managed retailer’s board of directors.

The company also announced it has received permission from the Toronto Stock Exchange (TSX) to renew is Normal Course Issuer Bid for the 12 months beginning 10 September 2018. Under the bid, the company intends to purchase for cancellation as much as 4.99% of its outstanding common shares. There are about 86 million common shares outstanding.

At the end of June, LFL operated a total of 304 stores across the country, under five banners: Leon’s, Appliance Canada; The Brick; The Brick Mattress Store; and, Brick Outlet. It also has three e-commerce sites: leons.ca; thebrick.com; and, furniture.ca.