OTTAWA – High-impact promoter Lastman’s Bad Boy has opened its first brick-and-mortar store here, adding it won’t be the company’s only outlet in the nation’s capital.

In a telephone interview last week with Home Goods Online, Samantha Lastman, the retailer’s director of business development (and daughter of chief executive officer Blayne Lastman), was more-than enthusiastic about the store’s potential, which at 30,000 square feet is one of the largest in its now 12-unit chain. 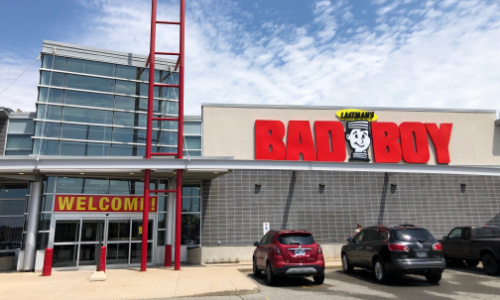 The opening was only slightly delayed by the Ontario government’s order that saw retail across the province shut down as part of fight against the COVID-19 pandemic. The store, located at 1695 Merivale Road in this city’s suburb called Nepean, softly opened in early June when the government began a slow re-opening of the economy.

“Ottawa is a good fit for us,” Lastman said, adding “It has a lot of big box stores and all of our competitors are here. They’re doing, so we know we’ll do well here too.”

She noted Ottawa is one of the most affluent markets in the country. In addition to the public service, local residents are employed in a variety of higher-paying jobs ranging from academia to technology. “There are over a million hard working people here,” she pointed out. 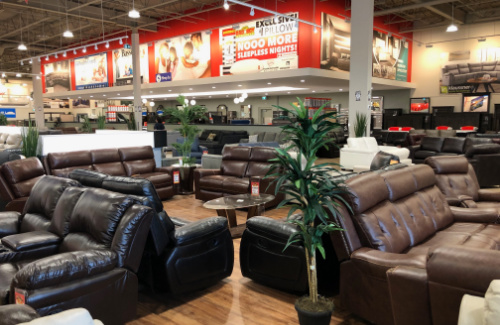 Slightly larger than most other Bad Boy locations, the new Ottawa location has a staff of 50 people – bringing the company’s employment rolls to about 350 – and carries its complete product assortment. Its opening follows on the heels of the store opened in Kingston, Ontario last fall.

Although the date has yet to be determined, Samantha Lastman said Ottawa will probably get a second Bad Boy location at some point in the future. The privately held retailer, which was re-founded by her father in 1991, is currently planning on opening a new store every two years or so. They currently have their sights set on the Toronto suburb of Newmarket.

In addition to its virtual e-commerce store, the chain currently operates a total of 12 stores throughout Ontario ranging from Ottawa in the east to London in the west. It also has a distribution centre in the Toronto suburb of North York.