ANCASTER, Ontario – High impact promoter Lastman’s Bad Bay has opened its tenth and, at 32,000 square feet, largest store in the Meadowlands Mall, located here in this suburb of Hamilton.

“Bad Boy has wanted to open in Ancaster for a very long time,” she said, adding, “the right opportunity has finally presented itself and the timing could not be better.” 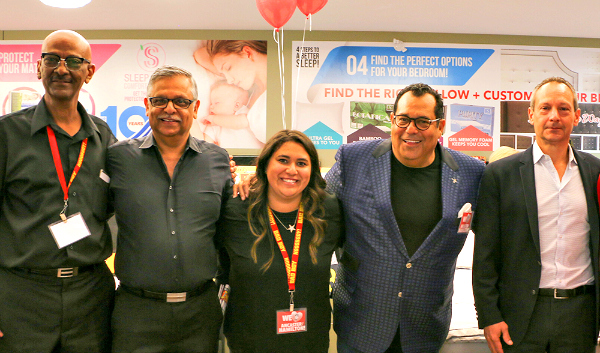 Ancaster, she pointed out, is a growing city which has enjoying considerable success economically in recent years as evidence by its growing population.

This is the third Bad Boy store to be located in a mall – the others being Whitby and Brampton. Lastman said malls often offer furniture, mattress and major appliance retail operations a number of advantages. “Landlords desire Bad Boy located to open up their malls,” she said. “To many, Bad Boy is a mini-department store. In addition, Bad Boy has placed stores in malls to capitalise on the traffic and to reach a wider audience. We situate many of our stores in prime mall locations as we believe people will often what to shop at Bad Boy alongside their regular shopping.” 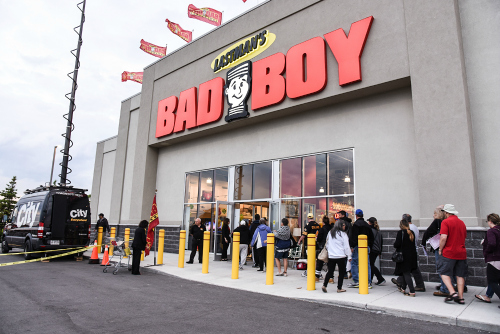 This facility is also a little different from the nine others in the regional chain. “Ancaster is designed to give the optimal customer shopping experience,” she said, adding its interior uses the latest colours, co-ordinates and interior finishes, such as flooring. “It is laid out in an easy to shop fashion. The products here are of high quality and the displays are designed in such a way that the customer can really envision how it will be in their homes.”

The store will employ a staff of about 30. This will bring the company’s total employment to over 400 people.

Ancaster is the first store to be added to the Bad Boy chain since the Brampton store opened in late 2012 although refurbished stores were opened in Whitby and Mississauga in 2014 and 2013 respectively.

Lastman said that while no location has been found, the company is “aggressively looking for further growth.”