TORONTO – NOVACAP, a private equity firm based here has entered into partnership with the senior management team of Owen & Company Limited, the producers of the Kingsdown mattress brand in this country. The financial terms of the transaction, which closed in April, were not disclosed.

Also known as Kingsdown Canada, the company operates three factories across the country – including Vancouver, Calgary and the Toronto suburb of Vaughan – employing about 275 people throughout its operation. The Kingsdown mattress brand is on the floor at almost every important furniture and bedding retailer across the country, including Leon’s, Sears Canada and Sleep Country Canada as well as a number of independents.

“We are very excited to be partnering with NOVACAP,’’ Michael James, president and chief executive officer of Kingsdown Canada, said in a statement. “We selected them because of their operational expertise and successful track record. We believe that the NOVACAP team will provide invaluable support to our company as we enter our next stage of growth.”

The deal also signalled the formal retirement of Hugh Owen, who founded the company in 1995 following the demise of Restonic Canada (Queen City Bedding/Flair Furniture).

Cindy Anisman, one of the founding partners, will stay on as executive vice president of operations. 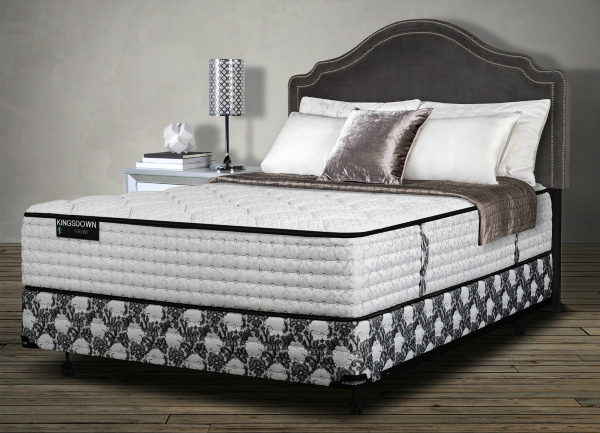 In addition to Kingsdown, the company also makes the Bassett line of mattresses for the Canadian market. James noted the brand is growing with retailers such as Lastman’s Bad Boy, the eight-unit promotional chain based in Toronto.

The company – one of the four that dominates mattress making in Canada – is looking to move into its next stage of growth and development. And that means, entering the market in the United States, albeit in a very measured way, James said. Recently, the company developed the James & Owen line of mattresses, which is having some success with mid-sized retailers in the U.S. He also indicated the company expects to hire a new executive vice president to lead its U.S. business sometime over the next several weeks.

“We are trying to build the business,” he said. “We want to grow our business with our existing customer base and continue our U.S. expansion efforts.”

With the number of independent furniture and mattress retailers shrinking every year, James believes it’s vital to the company’s growth to enter the U.S. market.

According to its web site, NOVACAP has $1.6 billion of assets under management and has interests in a broad range of businesses including Bentley Leather, a 300-unit retailer specialising in luggage, handbags, small leather goods and related accessories; Mucci Farms, a Kingsville, Ontario-based grower, packer and shipper of greenhouse vegetables; and, Master Group, an independent distributor of heating, ventilation, air conditioning and refrigeration products in Eastern Canada, based in Montreal, among others.

“Kingsdown is a Canadian success story and represents many of the elements we look for in an investment, including partnering with a proven management team and investing in companies with tremendous growth potential. We look forward to working with the team to drive the company’s growth within its existing markets as well as its expansion into new markets,” NOVACAP senior partner Marc Paiement said.