On the face of it, retail sales of furniture, mattresses, home furnishings and major appliances have been on something of a post-recession tear over the past few years. Even though it outran the rate of inflation, the pace of growth wasn’t at the levels seen in the years running up to 2008, the year everything went sideways. As 2018 ends and the 2019 campaign begins, the evidence suggests the modest growth seen recently is about to fall, perhaps significantly.

Statistics Canada tracks sales in two ways: by store and by commodity. Furniture store sales first hit the $10 billion mark in 2009, a benefit of the statistical ‘lag’ the industry seems to suffer thanks to a couple of its key drivers. They didn’t return to that level until 2014 and it wasn’t until 2016, they reached $11 billion for the first time.

Remember, furniture stores are defined as any retail establishment that generates 51% of its revenue from the sales of furniture and appliances. In this context, furniture store sales represent everything those stores sell. This applies to home furnishings and electronics/appliance stores as well.

For reasons not immediately discernable, home furnishings stores – which sell everything from floor covering to lamps and lighting, decorative accessories and wall art as well as accent and occasional furniture – showed a very different growth pattern. Sales were up 3.5% in 2014, by 5.0% in 2015 then by an astonishing 13.0% in 2016 before slowing to a snail-like advance of 0.7% in 2017. For the first half of 2018, the growth rate perked up to 2.0%. 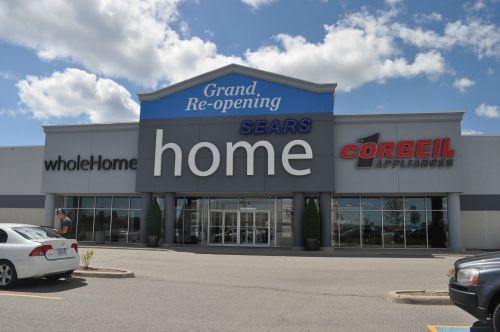 The rock stars of big-ticket home are electronic and appliance stores. Admitted they can be new gadget dependent (for example, sales usually jump when Apple introduces a new iPhone) but those with a strong builder business for their major appliance offerings have really benefited from Canada’s strong housing market of recent years. By comparison, their sales grew 1.8% in 2014 but fell slightly (by 0.8%) in 2015; before growing 4.5% in 2016 and leaping ahead 12.8% in 2017. In the first of half 2018, sales grew 10.9% and set a new high for the period at $7.3 billion.

Commodity sales
While overall furniture store sales have been advancing modestly in recent years, a review of the most popular product categories they carry provide a different perspective. Statistics Canada’s Retail Commodity Survey provides this data. The caveat here is this survey disregards where the commodity is sold.

HGO’s review of the data concentrates on six categories: mattresses, indoor furniture (upholstery and case goods as the agency doesn’t track each by itself), outdoor furniture; home furnishings; major appliances; and, televisions and audio-visual equipment. This report doesn’t include product sold via e-commerce.

As a category, mattresses have been a consistent performer, growing at mostly modest rates over the five years from 2013 to 2017, when they finally broke the $2 billion mark for the first time before flattening out over the first half of 2018. What’s important to remember is furniture and home furnishings store account for 90% of these sales every year. (For the record, Sleep Country Canada and other mattress specialists are classified as furniture stores by Statistics Canada.)

After turning in solid performances in 2014 and 2015, wins got calm for the indoor furniture in 2016 where the pace growth dipped to 1.4% even though a new sales record of $7.32 billion was set. They slid back 1.0% in 2017 and another 0.7% during the first six months of 2018. Once again, the lion’s share of these commodity sales belongs to furniture and home furnishings stores.