MONTREAL – Furniture manufacturing executive Jerry Zelnicker passed away on February 1, 2021 following a brief battle with COVID-19 at the age of 76.

Zelnicker began his career in the furniture industry as operations manager for Standard Desk, which at the time was one of this country’s largest contract and office furniture suppliers.

In 1979 he founded JEF Furniture, a manufacturer specializing in wall units, entertainment centres and other types of case goods that at one time employed some 200 people and supplied retailers across Canada and the United States. 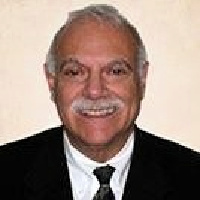 In the early 1990s, he joined Shermag Furniture and served as senior vice president of sales for the U.S. Zelnicker was credited as one of the driving forces behind the company’s rise from a fledgling manufacturer focused on Quebec and Eastern Canada to a North American case goods resource with sales in excess of $250 million annually.

In the latter years of his career, Zelnicker was a consultant advising a number of companies about doing business in the U.S. market.

Known for being the consummate professional and for his easy-going manner, Zelnicker is survived by Ida, his wife and business partner of 55 years as well as his three children and eight grandchildren.

“He will be missed by many friends, relatives, and business associates. Jerry's smile and fun- loving spirit was embraced by all who knew him. A generous, kind, loving, and good-natured man who will always be in our hearts,” his family said in a statement.

The family requests that memorial donations can be made in his name to Autism Speaks Canada at (888) 362-6227.