BURLINGTON, Ontario – IKEA Canada will open its first smaller-format downtown store in the heart of Toronto’s busiest retail district sometime later this year following an announcement by its sister company, shopping centre developer Ingka Centres of the acquisition of the Aura Retail Podium at 382 Yonge Street.

Both IKEA and Ingka are subsidiaries of Ingka Group, which is based in The Netherlands and operates the world’s largest furniture and furnishings retailer.

In a statement, IKEA Canada said the new store “will be an affordable and accessible destination for Toronto residents looking for the IKEA experience closer to home. It will be similar to the traditional IKEA store that customers are accustomed to, just at a smaller size and designed to fit the urban fabric of the neighbourhood.” 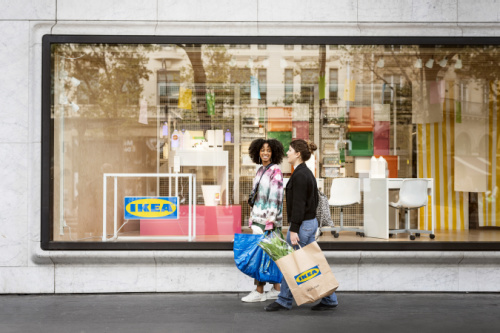 When it opens sometime in late 2021 or early 2022, it will be the first new store IKEA Canada has opened since bringing its full-size Quebec City store online in August 2018. The company indicated it was bringing the ‘city centre’ concept to Canada when it announced it was not going to build its anticipated 15th full-size store in London, Ontario last June.

Ingka Centres acquired the Aura Retail Podium from a fund controlled by the Toronto-based real estate investment firm of Kingsett Capital for an undisclosed price.

Located at the base of the Aura building – a mixed-use skyscraper with condominiums rising up over 78 floors just north of the Toronto Eaton Centre – the retail podium covers some 12,270 square metres (132,070 square feet) of gross leasable area across three floors. Ingka Centres intends to redevelop the property as a new retail destination anchored by the new IKEA Toronto Downtown store which will span just over 66,000 square feet on the ground and second floors of the building.

Until recently, the podium hosted a Bed, Bath & Beyond franchise and is still home to a Marshall’s outlet on its third floor. A spokesman for IKEA Canada told Home Goods Online that Marshall’s is expected to remain in the building as the redevelopment proceeds. “Ingka Centres will work with IKEA Canada and the existing retailers in the building to create a more modern environment and retail experience in this neighbourhood destination,” she said.

Like similar downtown stores IKEA has opened in London, Paris, Moscow and most recently the Queens district of New York City, the Toronto location will have a street entrance. It will display more than 2,000 items from the company’s current product assortment for immediate purchase and takeaway, while larger furniture items will be on display and available only for home delivery. 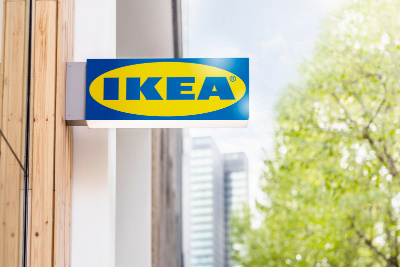 The retailer said the new location will offer a unique new food concept and an array of services to support a seamless shopping experience, but no self-serve furniture will be available.

“IKEA Canada is committed to becoming more accessible by bringing our stores closer to where Canadians live, work and socialize. As one of the fastest growing cities in North America with a vibrant and diverse community, Toronto was a natural choice for us to launch our first downtown store," chief executive and sustainability officer Michael Ward said.

“The acquisition of the Aura Retail Podium marks our entry into the Canadian market,” added Ingka Centres managing director Cindy Andersen. “Downtown Toronto is a super connected and dynamic place where people live, work, study and come to meet and have fun. It is in line with our strategic vision to invest in urban locations and to be closer to our customers.”

The company told HGO the new downtown store will have a staff of about 150 and expects to announce the name of store manager in the new future.

IKEA Canada opened its first store in this country’s largest city in 1977 and when open the retailer – currently the second largest furniture merchant in Canada – will have five outlets surrounding the Greater Toronto Area including Burlington, Etobicoke, North York and Vaughan. In total, it operates 14 stores from coast-to-coast.