BURLINGTON, Ontario – Home furnishings giant IKEA Canada has shuttered the five remaining Pick-Up and Order Points that were opened to considerable fanfare across Ontario in 2015 as part of global test of new retail formats initiated by its Netherlands-based global parent company.

The stores, which employed about 150 people in Windsor, London, Kitchener, St. Catharines and Whitby, were all scheduled to close last Wednesday (29 January 2020). The retailer had also opened one of the new format stores in Quebec City, but it was phased out after the full-size store was opened there in August 2018. 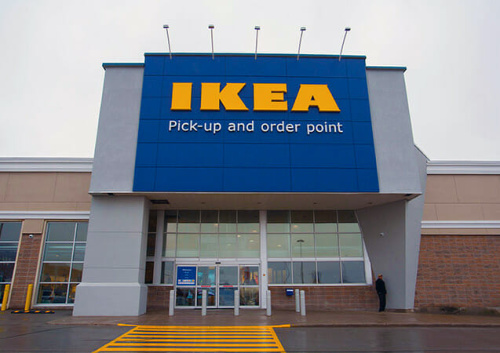 “Now the global test has concluded and IKEA Canada has made the decision to close its existing Pick-up and Order Point units,” the company said in a statement, adding, “We appreciate the support we’ve received from these communities over the past several years and we remain committed to serving them in the best possible way.”

“Canada was one of several test countries for the Pick-up and Order Point concept. However, the announcement today only surrounds the Canadian units,” IKEA Canada public relations leader Kristin Newbigging told the media, adding, the retailer would use the insights gathered during the test to “inform how we continue to evolve and adapt as a business.”

IKEA Canada, which has been rated as one of Canada’s best employers, said it would assist employees impacted by the closures to find the “best option” for them – including support to find a new position elsewhere within the company, which operates 14 full-size stores across the country, with five in Ontario. It also has a network of 19 collection points – third-party operated sites where customers can collect merchandiser ordered from the company’s web site.

Each of the Pick-Up Points was about one-tenth the size of a full-size IKEA store – which average some 340,000 square feet – and were designed to allow customers who shop and order online to pick-up their purchases closer to their own homes, reducing the cost of delivery significantly in some cases. Each also featured support services and computer stations to browse the range as well as a home furnishing ‘inspiration area’ featuring the retailer’s most popular items – including furniture – for immediate purchase.

In 2015, IKEA Canada’s then-president Stefan Sjöstrand unveiled an expansion plan that would see the retailer – currently the country’s second largest furniture retailer – double in size over the following decade. It included doubling the store count nationwide to 24. However, since then only two new full-size stores have opened – Halifax and Quebec City. Plans to open a full-size retail store in London, Ontario by the end of 2019 were shelved in July 2018 because of a “rapidly changing retail environment.”

While the company said at the time that it remained committed to the London market, it’s not clear whether it still plans to open what would be its 15th full-size store. The closest store to London is in the Toronto suburb of Burlington.

Late last year, IKEA announced it planned to open a series of small stores in the downtown areas of about 30 years worldwide, including Toronto. That store is expected to open sometime over the next 24 months.