LONDON, Ontario – IKEA Canada will not proceed with plans announced two years ago to open what would have been its 15th full-size store here, citing a rapidly changing retail environment that has prompted this country’s second largest furniture retailer to seek different ways to grow its business.

“We had previously announced that we would delay the London store project as we evaluated the best solution for the site. We have now made the difficult decision to no longer pursue the acquisition of land in London. As such, we will not move forward with plans to build a store in the region,” IKEA Canada public relations leader Kristin Newbigging said in a statement published by local media including the London Free Press and the city’s Global TV station earlier this week.

“We are in a rapidly evolving retail landscape and to ensure we are fit for long-term growth, we have had to re-evaluate some of our expansion plans,” Newbigging added.

In 2015, under then-president Stefan Sjöstrand, IKEA Canada unveiled an ambitious expansion plan that would see it double both its store count and annual revenues over the ten-year period ending in 2025. Since then, it has opened two new full-sized stores in Halifax and Quebec City. London was the next city targeted under that plan. 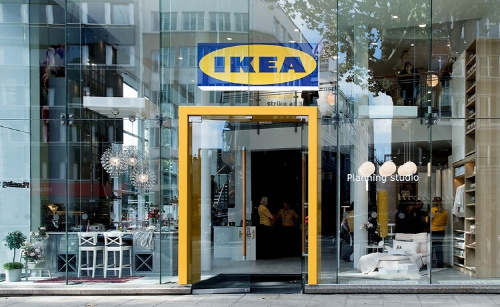 Although the company confirmed it was planning to purchase property not far from London’s Costco store south of Highway 401 near Wellington Road in 2017, it announced a delay in the process the following year.

Earlier this year, IKEA closed its Pick-Up and Collection Point in London, one of five smaller-scale units opened in 2015 as part of a trial organised by its parent company, which is headquartered in The Netherlands.

In response to an inquiry from Home Goods Online, Newbigging confirmed the retailer is re-evaluating its expansion plans and not simply because of the COVID-19 pandemic as other factors are also at play, mainly the growing popularity of e-commerce which while accelerated by the crisis was evident long before it was declared.

“Today, we know that our transformation to meet our customers wherever and however they choose to shop is more important than ever. We are in a rapidly evolving retail landscape and to ensure we are fit for long-term growth we have had to re-evaluate some of our expansion plans and focus,” she told HGO.

“Looking forward, we are enhancing our digital experience and online channels, optimizing our fulfilment and services and exploring new ways to meet customers in the city centre, all to make IKEA more accessible, affordable and sustainable,” she added.

Late last year, Michael Ward – the Canadian who was named IKEA Canada’s chief executive and sustainability officer in January 2019 – said the company is planning to open a new concept ‘city centre’ store somewhere in downtown Toronto. Newbigging said the company will move forward with that project, although it may take a little longer than originally planned.

“Last year, IKEA Canada announced its ambition to open new customer meeting points in Toronto’s city centre. Given the unprecedented situation with the COVID-19 pandemic, our top priority right now continues to be the health and safety of our co-workers, customers and communities,” she remarked, adding, “We are also focused on securing the longevity of our business. We remain committed to expanding our operations in Toronto and want to ensure that we move forward with a solution that best meets the evolving needs of our customers and reflective of the new retail environment.”

Newbigging also stressed the company’s current priorities are readying itself for retail after the COVID-19 pandemic. IKEA closed all its stores on 18 March followed by its Click & Collect service a week later. Two weeks ago, it re-opened it stores in Alberta, Winnipeg and Quebec City while rolling out a contactless, curbside pick-up service.

“We are happy to share that we have now reopened all locations nationwide with new safety measures in place,” she added.