BURLINGTON, Ontario – For the third consecutive year, IKEA Canada has been selected as one of Canada’s Best Employers by Forbes Magazine. In 2018, the home furnishings retailer increased its placement to #70 overall, up from #115 last year, and ranked within the Top Five for the Retail & Wholesale Industry.

“IKEA is a place where down-to-earth, hard-working individuals can thrive and be successful," Marsha Smith, president of IKEA Canada, said in a statement. “We are grateful to our 6,300 co-workers across the country for their contribution in making IKEA one of Forbes Best Employers in Canada. We are dedicated to ensuring that IKEA continues to be a great place to work through our Total Rewards offering, talent development opportunities and new ways of working that better recognize the realities of our co-workers today.” 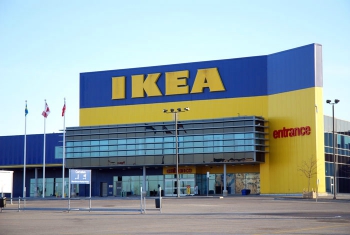 Last year, more than 2,200 co-workers joined IKEA Canada, bringing the company’s total workforce to more than 6,300 across the country. In 2017, IKEA successfully implemented four-week scheduling for co-workers to better plan their lives and incorporate an enhanced work-life balance. This year, IKEA is rolling out minimum hours for all co-workers, while also adding more full-time opportunities across units. The company also introduced a new, more competitive Group RRSP program for co-workers, adding to its Total Rewards offering which includes a performance-driven bonus program, the annual Tack loyalty program, subsidised meals and a co-worker discount.

Diversity continues to be a focus in the IKEA workplace, with a strong emphasis on gender balance – some 55% of co-workers and 53% of managers are women. Additionally, with sustainability at the core of its business, IKEA has been named as one of Canada's Greenest Employers for nine years in a row by Mediacorp.

To determine Canada’s Best Employers, Forbes worked with online statistics provider Statista to ask more than 8,000 Canadian employees to determine, on a scale of zero to 10, how likely they were to recommend their employer to someone else. Further, how did they feel about the other employers in their industry? The resulting list included 300 employers across 25 industries. View the full list at http://www.forbes.com/canada-best-employers/list

The only other retailer with a strong furniture and mattress business to be recognised as a Best Employer by Forbes was the Ottawa-based Costco Canada, which was ranked at #40 on the 2018 list. It employs just over 32,600 people across the country.

IKEA Canada has 13 stores, an e-commerce virtual store, six pick-up and order points and 13 Collection Points. It will also open new stores in Quebec City and London, Ontario over the coming months. Last year, it welcomed 28 million visitors to its stores and 95 million visitors to the IKEA.ca web site.