Home / Article: IKEA, Hudson's Bay and others close in response to COVID-19

IKEA, Hudson's Bay and others close in response to COVID-19

BURLINGTON, Ontario – IKEA Canada, this country’s second largest furniture and furnishings retailer, has closed all 14 of its stores across the country as a precautionary measure due to the ongoing spread of COVID-19. Other big retailers have followed suit, including Hudson’s Bay and Williams Sonoma, the American parent of West Elm and Pottery. And, at least one Toronto independent retailer has taken similar action.

“Our top priority during these challenging times continues to be health and safety. Our communities are working hard to prevent the spread of COVID-19, and to support these efforts, we will temporarily close all stores across the country to support social distancing efforts and based on recommendations from local health authorities,” IKEA Canada chief executive officer Michael Ward said in a statement. 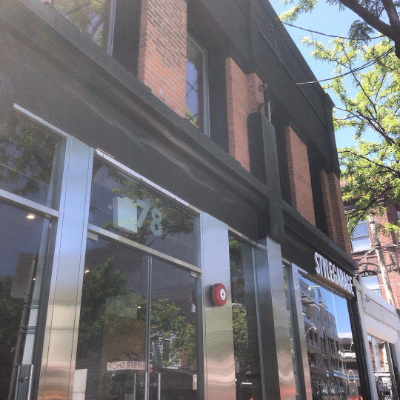 The Hudson’s Bay Company – a significant player in the furniture and mattress retail scene – has closed all 89 of its stores from coast-to-coast for at least the next two weeks. It has also promised to keep all its employees paid during that time.

“The health and well-being of our associates, customers and communities is our top priority, and remains at the forefront as we make decisions in this rapidly-evolving situation,” Hudson’s Bay president Iain Nairn said. “This is the right thing to do as we all work together to stay healthy and limit the spread of the virus.”

Stylegarage, a single unit independent retailer specialising in contemporary furniture, announced yesterday (17 March) it would close for at least a week in response to the pandemic. Sometime next week, store owners will decide when to re-open, although its e-commerce site will continue to serve customers. It will also continue to provide custom service through video chats.

The publicly held and San Francisco-based Williams Sonoma has closed all its stores across North America until 02 April as its response to the crisis. In this country, the company operates 18 stores under four banners in three provinces – British Columbia, Alberta and Ontario. It has five West Elm stores as well as four Pottery Barn and Pottery Barn Kids outlets as well as five William Sonoma locations.

IKEA Canada noted it has already taken several preventative measures before closing the stores such as closings its in-store restaurants and play area and increasing the frequency of sanitising and cleaning its locations. It also stressed its online store would remain and it would continue to offer home delivery as well in-store pick-up, although opening hours would be between 11am and 6pm.

All current commercial offers would be extended to 30 April.

Ward also said the retailer would continue to support its 7,300 co-workers through its comprehensive benefits package and paid leave policy.

However, IKEA didn’t say when its stores would re-open but stressed it “looks forward to welcoming customers back to its store locations soon and thanks customers for their understanding during these extraordinary circumstances.”

Editor’s Note: Help keep the industry well informed. Share your COVID-19 plans with Michael by sending an e-mail to michael.knell@sympatico.ca.