TORONTO – For the past two years, Canadian retailers and manufacturers who wanted to participate in tradeshows and industry events had to attend functions virtually, travel to another country or stick with small, private shows.

Now, two years into the COVID-19 pandemic, the country is finally returning to some semblance of normality and one major show – the annual Interior Design Show (IDS) – welcomed exhibitors and visitors, including interior designers, retailers and consumers back to this city’s Metro Toronto Convention Centre.

“IDS did a virtual event in 2020 and two virtual events in 2021, so this is our first return to in-person since 2020,” Bronwyn Gourley-Woo, senior event manager with IDS, told Home Goods Online in an interview. 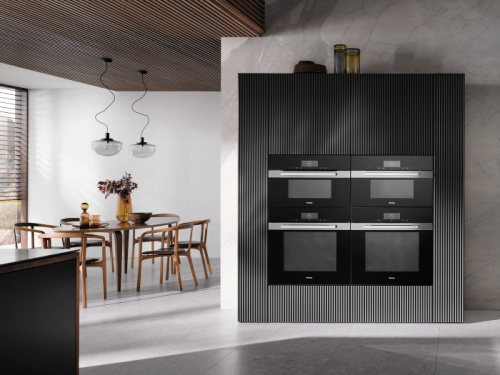 The event also opened to the public for its final two days.

“It’s a hybrid model,” explains Gourley-Woo, adding, “The first two days are trade-only and the second two are open to the public, but some trades come back on the weekend. This year, the focus is on Canadian design. Because of what we’ve learned about the supply chain, investing in Canadian designers and creators has been a trend for sure. Another trend is authentic design.”

Although guests could not check out the usual opening night party – which won’t return until next year – IDS 2022 offered a scaled-down, show floor social and a program featuring more than 40 accredited seminars. The event also boasted a keynote talk on adaptable multi-generational housing by Michael Leckie and Gaile Guevara, a talk by curator and designer duo Dexter and Byron Peart and a talk by architect Brigitte Shim.

While many exhibitors said they were still enjoying the record-breaking sales prompted by the rolling stay-at-home orders that accompanied the pandemic and encouraged consumers to funnel money typically used for leisure or travel into their homes, most said that it’s still important to attend in-person shows.

“We have come before and the major market in Canada is Toronto, so it makes sense to be here and cultivate relationships with the trade,” says Tracey Clark, an exhibitor with Fogo Island Workshops, a collaborative design project that pairs designers with furniture, textile and houseware makers on Fogo Island, Newfoundland.

“So, we're excited that there was an in-person show happening this year. [We also get] to introduce ourselves to various people, and you get to sort of see what else is going on. It makes sense to come.”

Clark’s company also produces furniture and home goods in Canada, making it a good fit for a show focused on Canadian designers and a resilient outfit that can withstand current supply chain challenges across the globe.

“This idea of supporting Canadian design, locally made furniture and textiles…so much of our stuff [in Canada] is a plague of sameness from overseas,” she says, adding it’s good for there to be “sovereignty in design.”

“We’ve been able to keep up [with orders] and that’s actually been one of the advantages because while other things are getting hung up, we’re able to keep going.”

“This is our first post-COVID show and we’ve been a regular here since 2008,” he says, adding the company was optimistic the turnout at the event would be strong. “I think it’s a pent up demand, people are looking for relief from being at home all day. Their release for so long was just to go grocery shopping but they’re getting back into the stores and malls. They’re looking for normalcy and trade shows are part of that.”

“One thing we found in our market is that since the lockdown, people started turning inward with their expenditures. They’re doing the kitchen or renovating their homes instead of going on vacation. There’s been huge demand and people who are still in that mode are going to come to a show like this. We’re very anxious to start talking to people again.”

“This is our first show since COVID and shows always do well regardless. Trade still comes out. Residential clientele still comes out. You always meet someone. It reenergizes your business, there are so many reasons to do shows. Something good is going to come of it for sure.”

The 2023 edition of the Toronto Interior Design Show will be held in the South Building of the Metro Toronto Convention Centre from January 19 to 22.

There is also a Vancouver edition of the IDS. It will be held at the Vancouver Convention Centre from September 22 to 25.