OTTAWA – In what should be considered good news for furniture, mattress and major appliance retailers and resources, the Canada Mortgage & Housing Corporation (CMHC) believes this country’s housing market will stabilise in 2020 and 2021. This follows two consecutive years of declines in housing starts compounded by another three years of declining unit sales in the resale market.

“Housing starts are projected to stabilize in 2020 and 2021 at levels in line with long-run averages. This follows two years of declines from elevated levels in 2017. Resale activity and house prices are expected to fully recover from recent declines, supported by growth in income and population,” CHMC chief economist Bob Dugan said in the preamble to the agency’s Fall 2019 edition of its Housing Market Outlook. 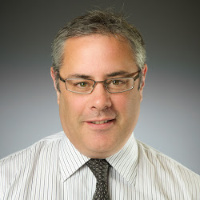 “This will reflect a balance between off-setting economic and demographic developments,” CMHC said in its report. “GDP growth is expected to soften in 2019 but to recover at or above its potential pace in 2020-2021.”

While new residential construction will be supported by improving economic activity and incomes, it believes it will be offset by slowing household formation over the next couple years. While mortgage rates are predicted to climb as high as 5.6% (for a five-year term), this is still relatively low and so are expected to make much impact on its forecast.

“The average MLS price is expected to decline for a second consecutive year in 2019 from the recent high registered in 2017,” CMHC said “However, positive price growth is expected to resume in 2020 and 2021, driving the average price above its 2017 level by the end of the forecast horizon. This is expected to reflect household disposable income growth and rates of household formation that will remain supportive of price growth despite moderating from higher rates in recent years.”

The national picture will continue to mask regional differences from east to west. CHMC noted favorable economic and demographic conditions in British Columbia will support relatively strong growth in housing starts in the province when compared to other regions. Ontario and the Prairies will see growth in starts, but at levels below recent years. Housing starts in Quebec and the Atlantic region are expected to trend lower, reflecting moderating demographic conditions.

Ontario and B.C.’s outlook for sales growth is relatively strong in 2020 and 2021 when compared to other regions, consistent with growth in real disposable income that is forecast to exceed the national average over the next two years. Ontario will also lead price growth in 2020 and 2021, with Quebec also showing relatively strong price gains in both years. B.C. will see modest recovery in price growth in 2020 from a decline in 2019 and will have the second highest rate of price growth after Ontario in 2021. Other regions will generally see modest gains over the forecast horizon in comparison to Ontario, Quebec and British Columbia.

A few years, CREA published a study outlining the impact housing has on other sectors of the economy. It suggested, each unit sale generated approximately $6,500 in furniture, mattress and appliance sales over the three years immediately following it acquisition. Based on that, the CHMC forecast could generate as much as $4.56 billion in revenue for the industry between 2019 and 2021.