MONTREAL – A strong performance by the companies in its home segment spurred Dorel Industries to turn in a somewhat improved overall performance for the fourth quarter and the entire 2017 fiscal year, the publicly-held consumer goods giant reported late last week.

Although a Canadian company, Dorel reports its financial results in U.S. dollars. 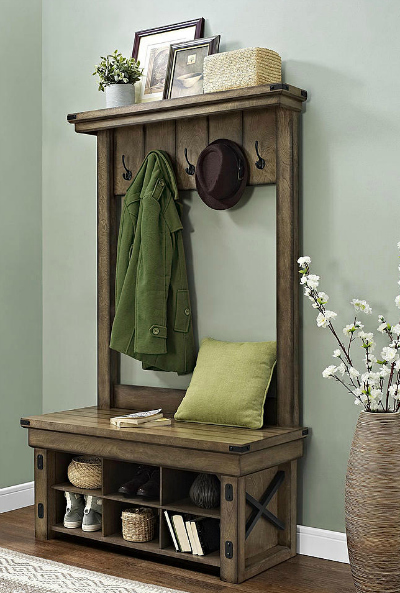 "Dorel’s businesses performed quite well during the fourth quarter and we are encouraged with the advancements made, setting the stage for a positive 2018,” Dorel president and chief executive officer Martin Schwartz said in a statement. “Dorel Home posted excellent revenue and operating profit, with record online sales continuing to drive the segment.

“Dorel Juvenile is being transformed into a consumer-centric organisation through a market-led business with a heavy emphasis on new products. We have the strongest product pipeline in years featuring exciting, innovative products planned to launch over the next 18 months. Dorel Juvenile has also made important progress in e-commerce, with each of its geographic markets projecting growth through 2018,” he continued, adding, “Dorel Sports bounced back from a difficult third quarter despite continuing industrywide weakness in the global bicycle market. Similar to Dorel Juvenile, Dorel Sports has developed an exciting line-up of new products to be launched through 2018.

Dorel’s home segment – which includes Ameriwood, Altra Furniture, Cosco Home & Office, Dorel Home Products, Signature Sleep and Dorel Living – saw its fourth quarter revenue gain 13.5% to US$201.0 million. Operating profit for the period US$21.1 million, a 53% leap from the US$13.8 million recorded to the corresponding 2016 period.

The improvement was attributed to the segment’s focus on providing goods for the e-commerce channel.

“Online sales were the highest ever recorded in the segment’s history as it continued to augment its product platform,” the company reported. “For the fourth quarter and the full year, e-commerce sales represented a record 57% and 52% of total segment revenue respectively compared to 51% and 45% for the comparable periods in 2016. This revenue improvement far exceeded small reductions in the brick and mortar channel.”

The segment’s revenue for the full 2017 year was US$790.1 million, a 7.5% gain over the prior year. Operating profit improved 21.7% to US$78.1 million from US$64.2 million. Dorel noted all six of its operating home segment members turned in improved performances last year.

Dorel Juvenile – which produces car seats and a range of other products for the infant and child market – saw its fourth quarter revenue improve 1.2% to US$239.3 million while reducing its operating loss to US$13.6 million, from US$17.3 million.

Dorel Sports – which makes bicycles under a number of brand names including Schwinn and Cannondale as well as sporting apparel and other goods – saw its fourth quarter revenue edge forward 0.6% to US$236.8 million while its operating profit jumped 93.6% to $9.6 million. For the full year, revenue was down 7.8% at US$865.4 million while operating profit was US$24.8 million, reversing the prior year’s operating loss.

Looking ahead, Schwartz said he’s expecting 2018 to be a big improvement over 2017.

“E-commerce opportunities continue to emerge and Dorel Home is capitalising on them with its broad product assortment and company-wide logistics expertise. As the leader in supplying online retailers, we expect further growth in Dorel Home revenue, with continued operating profit improvement through 2018,” he said.

New product with an increased focus on e-commerce will also be the priority for Dorel Juvenile and Dorel Sports this year, Schwartz added although he cautioned the profit picture for both is unlikely to improve significantly until the second quarter of the year.

“In 2017, we continued to see changes in the traditional retail brick and mortar retail sales channel and our company-wide strategic focus on e-commerce has allowed us to offset most of these challenges,” he said, adding, “Should there be a further decline in the financial condition of these at-risk retailers, this could have a short-term negative impact on our overall expectations for the year.”