ZEELAND, Michigan – Herman Miller, the publicly held furniture designer and manufacturer, has named industry veteran Debbie Propst as president of Herman Miller Retail. In the position, she will lead the company’s global retail business and its brand portfolio which includes Herman Miller, Design Within Reach and HAY.

Herman Miller has a considerable presence in the Canadian market, its contract division is active here, while its residential offerings are sold through a number of high-end and contemporary furniture specialists across the country, including EQ3. Design Within Reach  (DWR) has an e-commerce platform dedicated to the Canadian market and also has a brick-and-mortar showroom in downtown Toronto. 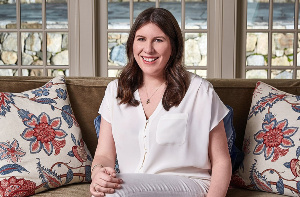 In making the announcement, Herman Miller president and chief executive officer Andi Owen said Propst joins the company from home furnishings specialist from Bed, Bath & Beyond where she served most recently as president of its One Kings Lane division, a predominantly online brand for proprietary, designer and vintage home furnishings. She joined One Kings Lane in 2012 and was named president in 2016 with end-to-end responsibility for the business and its transformation into a high-end lifestyle brand. She also served as BB&B’s chief brand officer.

Before joining One Kings Lane, Propst spent seven years at retailer Abercrombie & Fitch, where she was a head merchant responsible for multiple lines of business across brands such as Hollister, Abercrombie Kids, and Abercrombie & Fitch. Her duties included product development, production, inventory management, and pricing and promotional strategies.

“Debbie's track record for building extraordinary brands, connecting with customers, and leading an innovative, global business is second to none,” said Owen. “She will provide great leadership, experience, and a fresh customer perspective that will complement and enhance all that we do. I look forward to working with Debbie as we grow this important and exciting business within the Herman Miller portfolio.”

“Herman Miller is a world-class organization with a remarkable legacy of design, utility, and reinvention,” said Propst. “Creating opportunities for our customers to discover, experience, and delight in the many aspects of such an iconic family of brands is both a privilege and a tremendously exciting opportunity.”

She succeeds John McPhee, who became president of DWR when it was acquired by Herman Miller in 2014 and has led Herman Miller Retail for the past six months. Although known mainly as an e-commerce specialist, DWR currently operates more than 40 stores across the United States.

In his statement, Owen said retail is a key growth driver for Herman Miller, with revenue growing organically at more than 10% annually over the last three years. By taking an omni-channel approach, he anticipates continued sales growth from both e-commerce platforms and the robust rollout of new HAY locations in key markets. HAY, a Danish furniture producer in which Herman Miller acquired a significant equity stake in June 2018, is also sold through a small number of Canadian furniture retailers.

Propst will be headquartered in Stamford, Connecticut and will start her new role in January 2020.