HIGH POINT, North Carolina – The majority of the 66 permanent showrooms operated by Canadian home furnishings resources won’t open for fall 2020 edition of the High Point Market, which gets underway for an unprecedented nine-day run here on Tuesday (October 13). While company executives expressed concern about the wellbeing of both staff and attending retailers they also reported business has been brisk in recent months and prospects remain positive for the short term at least.

According to its organisers, the market has some 2,000 exhibitors from about 100 countries. The largest group of exhibitors from outside the United States comes from Canada, which also produces the largest non-U.S. delegation of attending retailers and designers.

The High Point Market Authority (HPMA) originally rescheduled but then cancelled the spring edition of the twice-yearly furniture trade event, meaning these companies haven’t hosted current and potential retail customers since October 2019. And, unless the restrictions imposed by health authorities in both Canada and the United States are lifted, most are resigned to being unlikely to do so for quite some time. 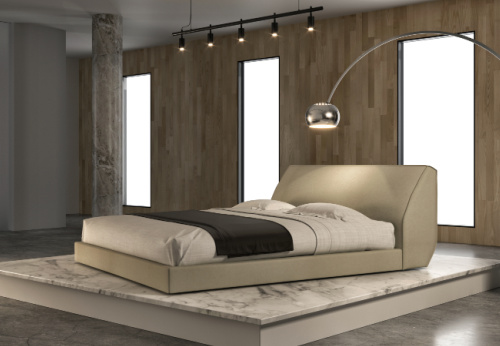 Indeed, several Canadian factory execs noted the inability to open has been costly. “We had paid our rent in full and were offered a small abatement by the landlord, but it wasn’t equitable by any means,” said Theodore Homa, general manager of contemporary upholstery specialist G. Romano. “The lack of April market cost us financially a great deal.”

When asked why her showroom won’t open for market, Diana Sisto, creative director for stationary upholstery producer Brentwood Classics, gave a typical response. “For the health and safety of our staff and independent reps, we do not believe traveling to the U.S. is safe right now, we don’t feel that the reward outweighs the risks,” she told Home Goods Online.

Luke Simpson, chief executive officer of solid wood bedroom producer Durham Furniture, gave a similar reply. “This decision came about as the result of many factors, including the ability to travel and the health and safety of staff and reps,” he said. “With the current Canada-U.S. border closure, any trip to High Point would require an additional two weeks of quarantine upon return, largely making the trip untenable.

“In terms of operating the showroom without Durham corporate staff, discussions with our showroom co-ordinator led us to the decision that the possible upside of opening was overshadowed by the health and safety risks of doing so,” he continued, adding, “Additionally, of our rep network across North America, only two are even planning to attend market.”

“Despite the market authority’s efforts to make it as safe as they can, we feel it was not the right move to show at market,” noted Mathieu Roy, sales director for casual dining powerhouse Canadel, who also expressed concern about having to go into isolation after returning home from market. “Being a manufacturer, we cannot bring this virus inside our walls.”

He also noted the U.S. has more cases of the novel coronavirus than any other country in the world and travel health insurance doesn’t cover persons who contract it.

“Going to the Canadel showroom in High Point is all about the full experience, taking your time, having lunch, a coffee or a refreshment – this year, none of these are possible,” he said, adding “The majority of our Canadian customers said they were not going to attend market. For those in the U.S., it was about 50/50, but for our major partners, there were more on the ‘not going’ side.”

“As a Canadian company, our Canadian sales staff is not allowed to travel to the fall market as the border remain closed,” said Nicole Basenach, vice-president of consumer experience for ready-to-assemble producer South Shore Furniture. “The safety and security of our employees, partners and community was and is always centre stage for us.”

Romano’s Homa also believes attendance at the fall High Point Market won’t be stellar. “We did a survey of our customers and found that practically no Canadians and perhaps only 10% to 20% of U.S. buyers will be attending fall market,” he said, adding, “The border remains closed with the U.S. and COVID-19 cases continue to rise in the U.S.A.”

Business is good
Despite the ongoing operational setbacks caused by the pandemic – including factory closures that went on for as long as eight or ten weeks, in some cases – all of the Canadian furniture execs surveyed for this story reported business has been brisk in recent months. Many are also anticipating it will remain so, at least in the short term.

They’ve made a lot of changes to their operations and implemented new procedures to help combat the spread of the virus. “We put all of the necessary measures in place when we reopened our factory in late May,” Sisto said.

For some, hiring labour for the factory floor has been an issue. “Upon reopening, we experienced a surprising surge in demand for our products,” Homa said. “We thought it was just the pent-up demand during the shutdown, but in actuality the strong demand for locally made furniture has been sustained. 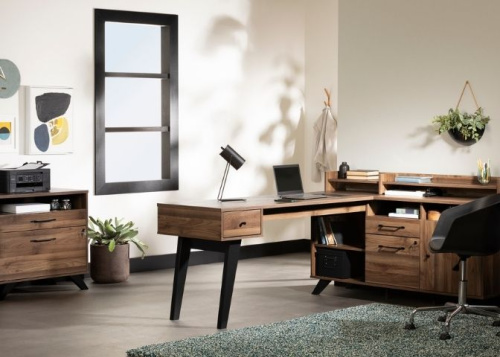 “Although all our employees have returned to work, due to the CERB (Canada Emergency Response Benefit) it has been impossible to hire new employees,” he continued adding, “Strong demand coupled with labour shortage means we can’t keep-up and delivery lead times have gone from six weeks to twelve week.”

“Business is really strong,” reports Canadel’s Mathieu Roy. “Week after week, we have record breaking order entry. We, as everybody else, have supply chain challenges to overcome and our team is working hard with our suppliers to bring us the components we need just in time. As everybody expects, delays are a little longer due to the supply chain and the effect of the virus.”

He notes that retailers need product delivered before Christmas need to place their orders before the end of the month.

Markets such as High Point provide logical platforms for new product introductions – something that the pandemic has wreaked havoc on for a new of companies. Romano, for example, has found itself with such a backlog it has opted to postpone new product launches until early next year. Brentwood Classics launched its new collections this past summer using a combination of social media and store visits by their sales force.

South Shore will introduce their latest offerings during a virtual launch set to be hosted on dedicated platform on October 21.

That said, business has been very brisk for the last couple months,” he continued. “The conversations I’ve had with retailers and other manufacturers lead us to believe consumers still have an abundance of spending power but fewer discretionary spending opportunities. With travel and entertainment largely off the table, consumers have been turning to retail goods and home improvements, significantly driving up demand.”

Durham is currently experiencing a 12-week backlog, something the company hasn’t seen in some time. “So, business for the short term, certainly through Q1 of 2021 is very stable,” Simpson said, adding the new product launch Durham was planning for this past April’s market was postponed and will now take place sometime in the next few weeks.

While Canadian furniture makers are optimistic about the next few months, they have learnt anything can happen during a pandemic and the key is to be ready as possible for it.

“Like everyone else, we are just trying to live in the moment because we don’t know what is going to happen tomorrow,” Diana Sisto observed. “Anything can change at a moment’s notice, so we need to stay on our toes and be ready to pivot in any direction. I certainly hope this volume will last through next spring but as I said, anything can happen.”