HIGH POINT, North Carolina – The High Point Market Authority (HPMA) has named its veteran chief operating officer, Tammy Covington Nagem, to succeed Tom Conley, who will retire as its chief executive officer at the end of 2022 after serving in the role for the past 11 years.

Drawing on over 40 years of experience in the trade show and association management industries, HPMA’s board of directors saluted Conley for his achievements for rebuilding the furniture industry’s largest trade event after the 2008 economic downturn, diversifying buyer attendance to become more designer-friendly and for navigating the global pandemic, being one of the first large events to return in person after restrictions began to ease. 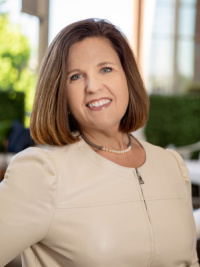 “I’m thankful to have spent the last decade leaning into the home furnishings industry and applying my career experience to the great work being done at the High Point Market Authority,” Conley said in a statement. “Our role within the industry requires a fair amount of juggling amongst our various stakeholders, and I’m proud of what our team has been able to accomplish. I will cherish the contacts I’ve made within the industry and look forward to staying connected.”

“Tom’s ability to strategically assess a scenario and then align the players to drive results has left High Point Market well-positioned for continued growth,” said HPMA board chairman Alex Shuford, who is also CEO of the Rock House Farm family of brands. “The board of directors commends him for his years of service to the Market Authority and the home furnishings industry, wishing him success in whatever future endeavors he chooses to pursue.”

Tammy Nagem will succeed Conley, assuming the role of president and CEO beginning January 1, 2023. Hired as the market authority’s second employee, Nagem has served the organization for over 20 years in various capacities and was named COO in 2011.

The fall 2022 edition of the High Point Market will begin its normal five-day run on October 22. Approximately 56 Canadian furniture and furnishings resources are expected to exhibit.