HIGH POINT, North Carolina – Citing the ongoing impact of impacts, government restrictions and economic difficulties stemming from the coronavirus (COVID-19) pandemic, the High Point Market Authority (HPMA) has cancelled the spring 2020 edition High Point Market.  The next edition of the world’s largest furniture trade event will be held from 17 to 21 October 2020.

Originally scheduled for April, HPMA recently rescheduled a shorter, three-day spring market to be held in June, although it did allow for the possibility that conditions would not improve in time for the show to occur.

“While our hope was that restrictions enacted in March would improve the situation enough to allow for a June show, it is clear now that such is not the case,” HPMA chairman Dudley Moore, Jr., who is also president of Otto & Moore, said in a statement.

Some 85 Canadian furniture manufacturers and other home furnishings resources are regular exhibitors at each of the twice-yearly market. 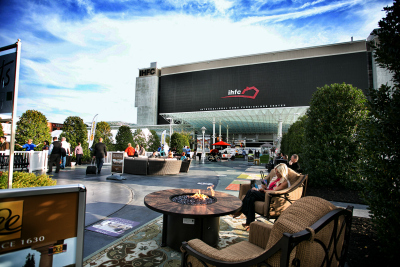 “It was an incredibly difficult decision, but cancellation is the most prudent course of action given the current circumstances and was unanimously approved by our executive committee,” HPMA president and chief executive officer Tom Conley added. “We now set our sights towards fall market with excitement and anticipation to fully welcome the industry back to High Point.”

Market authority officials will continue with their plans to promote spring product introductions through a variety of digital channels, including a special web site section, articles, e-newsletters, social media posts, and webinars. They are additionally working with industry partners to develop creative programs and resources to assist in ongoing information sharing.

The authority noted it expects the operators of the major buildings and individual showrooms who are positioned to welcome buyers during non-market times will likely open for appointments at some point over the summer, once government regulations ease to allow the buildings to reopen. Registration for the fall edition of HPM will open in mid-July at www.highpointmarket.org.

The International Textile Association (ITA), the organisers of the twice-yearly Showtime fabric fair, cancelled its spring edition, which was to run concurrently with the rescheduled HPM late last week.

The next major furniture trade event set to be held in the United States will be the summer 2020 edition of the Las Vegas Market, which is anticipated to stage it normal five-day run at the World Market Center beginning on 26 July.

The Canadian Home Furnishings Alliance (CHFA) has announced it will hold its annual Toronto Summer Furniture Show from Saturday, 08 August to Monday, 10 August. This will be followed with its annual golf tournament at the Caledon Woods Golf Club on Tuesday, 11 August.

The show – made up of furniture resources with permanent showrooms in and around Toronto’s International Centre – will be held concurrently with the Toronto Gift + Home Show, which will open in four-day run at the Toronto Congress Centre on Sunday, 9 August.