HIGH POINT, North Carolina – Grand Funk Railroad will headline the two-session Stars Under the Stars concert event at the upcoming fall edition of the High Point Market, which will launch its regular five-day run here on October 14. 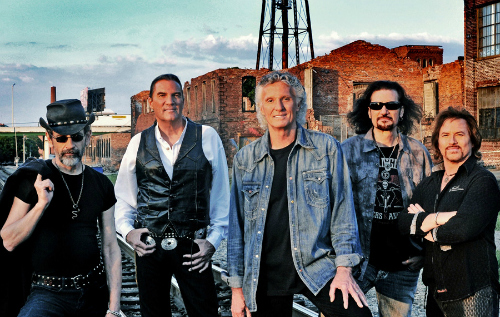 One of the defining bands of 1970s Classic Rock, Grand Funk Railroad will grace the market’s Center Stage on the evening of October 15, 2017. Grand Funk’s tenure at the top of the charts turned out 19 hit singles, eight Top 40 entries, and two number one smashes, Locomotion and the iconic We’re an American Band. Now, with 13 gold and 10 platinum records to their credit, the group brings its high-energy, hard-driving, soulful sound to seasoned fans and lovers of contemporary rock around the globe.

On Saturday, October 14, Casey James will light up Center Stage with his rich collection of bluesy, smoky songs. Rising to popularity as he sang his way into the finals of American Idol, the television singing competition, in 2010, James continued his commercial success with the 2012 Top 15 country single Crying on a Suitcase. The music James loves most, though, is the blues, as evidenced by his most recent album, Strip It Down.

Doors open for both nights at 7pm at Center Stage, between the Transportation Terminal and Showplace.

Early entry for market-goers who have been issued a buyer pass will begin at 6:45pm. Complimentary food and drinks are provided to all market-goers with a current market pass and photo ID.

Details can also be found at http://www.highpointmarket.org/event/stars-under-the-stars.