TORONTO – Three furniture e-tailers, an industry service provider and one its of the largest point-of-sale financing providers have been named to the 2021 Report on Business ranking of Canada’s Top Growing Companies.

In all, some 448 companies, representing practically every sector of the Canadian economy were named to the ranking, which is based on three-year revenue growth.

The highest rank industry e-tailer was GoodMorning.com, which made the list for the second consecutive year. Ranked at 101, the Edmonton-headquartered mattress specialist reported a three-year revenue growth rate of 550% with revenues of between $50 and $75 million in 2020. 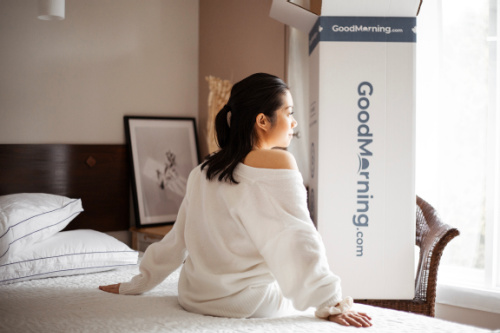 GoodMorning.com was launched in 2009, when it introduced one of North America’s first bed-in-a-box brands – Novosbed – and invented the world’s first risk-free in-home sleep trial. Today, the company believes it is Canada’s largest independent online mattress retailer and has sold more than 200,000 mattresses since its founding.

“We’re ecstatic to be recognized as one of Canada’s Top Growing Companies for a second year in a row,” GoodMorning.com founder and chief executive officer Sam Prochazka said in a statement. “The single most important factor that drives our growth has been our commitment to questioning every assumption, thinking deeply, and obsessing over the needs of our customers. We have rapidly expanded our catalog over the past few years – and will continue forward to offer products for every bedroom, body, and budget.”

Two furniture e-tailers were also included on the 2021 ranking.

Coming in at 159 was the Vancouver-based furniture specialist Article, which made its third consecutive appearance on the list. Its three-year growth rate was set at 272% with annual revenues in the $250 to $500 million range for 2020.

It should be noted Sam Prochazka, CEO of GoodMorning.com, is also one of the four founders of Article.

The third furniture e-tailer to appear on the list is first-timer Simpli Home Furnishings of Concord, Ontario. It was ranked at 385 with a three-year growth rate of 73% and 2020 sales of between $50 and $75 million.

Two other companies with close ties to this country’s furniture, mattress and major appliance sector were also included on this year’s list of Canada’s Top Growing Companies.

Making its first appearance on the list was the Cymax Group, a provider of e-commerce technology for furniture vendors based in Burnaby, British Columbia. It came it 294 with a three-year growth rate of 118% and 2020 revenues of between $250 to $500 million.

Launched in 2019, the Canada’s Top Growing Companies ranking aims to celebrate entrepreneurial achievement in this country by identifying and amplifying the success of growth-minded, independent businesses. It is a voluntary program; companies had to complete an in-depth application process to qualify.

The full list of 2021 winners – and accompanying editorial coverage – is published in the October issue of Report on Business magazine. It is also available online.

“As we look toward the future, Canada’s Top Growing Companies offer both inspiration and practical insights for other firms facing similar challenges,” says James Cowan, editor of Report on Business magazine. “The entrepreneurs behind these companies are smart, tenacious and unwavering in their commitment to their goals.”

Related Story: The Douglas voted boxed bed of the year in consumer survey