MISSISSAUGA, Ontario – Jason Mullins, president and chief executive officer of GoEasy, the parent company to home goods leasing merchant EasyHome, has been named on of Canada’s Top 40 Under 40 for 2020.

Mullins was selected from over 900 nominees by an independent advisory board, comprised of more than 25 business leaders from across Canada. Founded in 1995 by Caldwell, the Toronto-based consulting firm honourees are chosen based on four key criteria, including: Vision & Innovation; Leadership; Impact & Influence; and Social Responsibility.

“I am honoured to represent GoEasy as a recipient of Canada’s Top 40 Under 40 for 2020,” Mullins said in a statement. “I share this recognition with my 2,000 team members coast to coast and am grateful to the many inspiring mentors and leaders who have provided me with the opportunity to learn, grow and contribute throughout my career. Congratulations to all the other outstanding leaders of this prestigious award.” 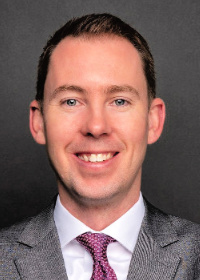 The  company noted since joining GoEasy in 2010, Mullins has played a key role in the organization’s transformational pivot into consumer lending and has helped the company scale to $1 billion in market capitalization with compound earnings growth of 28%. GoEasy has also been the recipient of six awards including Canada’s Most Admired Corporate Cultures, Top 50 Most Engaged Workplaces in North America, Greater Toronto Top Employers Award, Canada’s Top 50 FinTech Companies, ranking on the TSX30 and listed as one Canada’s Top Growing Companies.

“During his decade-long career with GoEasy, Jason has demonstrated exemplary leadership and continues to make a lasting impact on our culture and performance,” executive chairman David Ingram said. “He is one of the brightest, most generous and impactful executives I have had the pleasure to work with. On behalf of the board of directors, I would like to congratulate Jason on this well-deserved recognition.”

Mullins holds an MBA from the Ivey Business School at Western University. He serves as a team leader for Habitat for Humanity’s Global Village program and has led numerous international build trips. He is also a board trustee for the Boys and Girls Clubs of Canada Foundation, a regular participant in The Covenant House Executive Sleep Out, and vice chairman of the Canadian Lenders Association.

The 2020 Top 40 Recipients were announced recently on BNN Bloomberg and in National Post and will be honoured at a series of events to take place in 2021.