Home / Article: GoEasy names Tara Deakin to board of directors

GoEasy names Tara Deakin to board of directors

MISSISSAUGA, Ontario – GoEasy, the publicly held parent of leasing specialist EasyHome, has appointed Tara Deakin to its board of directors.

In a statement, the company said Tara Deakin is a talented human resources executive with 20 years of experience at industry leading organizations and currently serves as executive vice-president and chief people officer at Spin Master Ltd., a global children’s entertainment company based in Toronto. 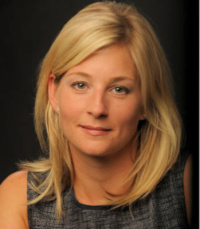 Deakin started her human resources career with Rogers Communications where, in her 9 years at the organization, she developed a focus on leading training and development functions that supported multiple lines of business which culminated in her last role as vice president of learning and enablement. From there she transitioned into the financial services industry at Citi Group where she held the position of managing director of global learning accountable for over 100,000 employees in the areas of training, performance, and operational readiness. After four years at Citi Group, Deakin joined TD Bank as their chief talent officer and senior vice-president of talent and organizational effectiveness. In this role, she was accountable for enterprise-wide talent acquisition, talent management, and diversity and inclusion amongst other areas of responsibility. She held this role for three years prior to joining Spin Master in 2019.

In addition to her multi-faceted corporate human resources experience, Deakin brings both experience as a board director and a solid academic background. She currently serves as a director and vice chairman for the Providence Health Care Foundation and is currently chairperson of the selection committee for the Association for Talent Development which is a networking and resourcing institution for talent professionals. She is a graduate of the University of Western Ontario.

“We are excited with Tara’s appointment as chair of the human resources committee. She will add depth in talent management to our board of directors and will lend considerable expertise to the organization as GoEasy continues its pursuit of growth which may include opportunistic acquisitions outside of Canada,” GoEasy executive chairman David Ingram said.

The company also announced that the remaining members of its board of directors were re-elected to their posts at its recent annual general meeting. In addition to Ingram, the board includes former chairman Donald K. Johnson, who is believed to be GoEasy’s largest individual shareholder, and former federal cabinet minister James Moore, who joined the organisation earlier this year.

Other board members include David Appel, Sean Morrison, Karen Basian and Susan Doniz.