TORONTO – The Canadian Gift Association (CGA), organizers of the Gift + Home shows in Toronto and Edmonton, has canceled the events remaining on its 2021 calendar in response to restrictions imposed by provincial health officials as part of the effort to combat the COVID-19.

The decision means the Alberta Gift + Home Show, that was scheduled to open at the Edmonton Expo Centre for a four-day run this coming Sunday (April 18) will not be held.

The Toronto Gift + Home Market, originally planned for August 8 to 11, 2021 at the Toronto Congress Centre will also not go ahead as planned. 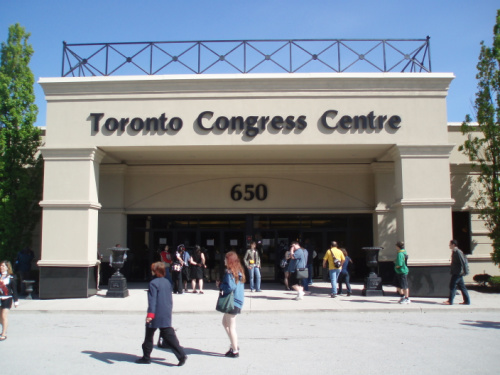 “Over the past year, the health and safety of our community has been at the forefront of every decision the board has made about our face-to-face events,” CGA chairman Bruce Brown and president Anita Schachter said in a joint statement published on the association’s web site.

“At our recent meeting, the board thoughtfully reviewed a number of factors that the Toronto Public Health department would consider, including vaccination schedules and timelines across the country, before large scale events would be given permission to proceed,” they continued, adding “the board did not feel the appropriate authorization would be granted in sufficient time to properly plan for the market. As a result, the only responsible and safe choice was to announce the cancellation of the Fall 2021 Toronto Gift + Home Market.”

They stressed the decision wasn’t taken lightly and understood many throughout the industry will be disappointed by it, considering it was made with five months remaining before the event was scheduled. “However, public confidence in safely coming together will only happen when all eligible residents have received the vaccine and have subsequently, developed a comfort level in attending a large gathering,” they said.

At press time, the CGA had not set 2022 dates for the Alberta show but had announced by the Spring 2022 edition of the Toronto Gift + Home Market would be held from January 30 to February 3, followed by the Fall 2022 edition from August 7 to 10. Both will be held at the Toronto Congress Centre.