Home / Article: Furniture store sales up 13% for first half of 2022: StatsCan

Furniture store sales up 13% for first half of 2022: StatsCan

OTTAWA – While Canadian furniture store sales were essentially unchanged on a month-over-month basis in June, it appears the almost universal opinion among financial analysts is while the dollars remained equal, volume sales likely fell thanks to the impact of inflation on the product categories featured on their floors.

In its latest Monthly Retail Trade Survey (MRTS), Statistics Canada pegged furniture store sales for June 2022 at an actual (not seasonally adjusted) and preliminary $1.25 billion, essentially unchanged from the previous month. However, they were 1.8% higher than the $1.22 billion rung-up in June 2021. 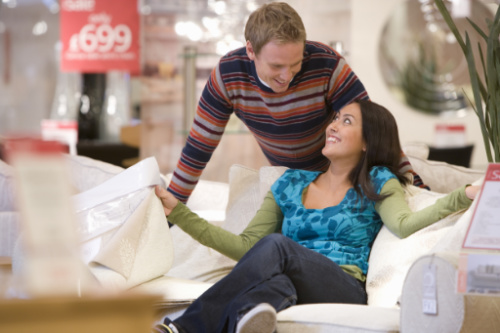 This means, based on its total system sales of $1.45 billion for the six months ending June 30, 2022, Leon’s Furniture Limited (LFL) – this country’s largest full-line furniture retailer – held a 21.2% share of the Canadian market. However, this is down slightly from the 23.3% share it held at the end of the comparable period.

Sleep Country Canada Holdings, which is also classified as a furniture store under Statistics Canada rules, saw a slight improvement in its overall share of the Canadian furniture market. It moved from 6.2% for the opening six months of 2021 to 6.3% this year, thanks to a 15.8% jump in sales at $434.6 million.

Furniture stores in the United States, by comparison, saw their sales grow 4.5% in June 2022 on a year-over-years at an actual US$6.7 billion.

Meanwhile, home furnishings stores – which includes everything from flooring specialists such as End of the Roll to lighting specialists as well as merchants selling decorative accessories and accent furniture such as HomeSense – had actual and preliminary sales of $710.3 million in June 2022. That’s 2.9% higher than the $689.9 million sold in May 2022 and 10.0% greater than the $645.9 million sold in June 2021.

For the first half of the year, home furnishing store sales tallied $3.96 billion, an increase of 15.8% from the $3.42 billion recorded in the same period last year.

The MRTS focuses on what Statistics Canada calls ‘location-based retail’ – that is brick-and-mortar stores. While its sales summary includes e-commerce sales by brick-and-mortar merchants, its doesn’t include sales by digital-only retailers such as the Vancouver-based Article or the Montreal-headquartered Polysleep.

E-commerce sales are reported separately and are not broken down by product category.

Statistics Canada said sales by all stores for June 2022 gained 11.1% to $.67.8 billion. Leading the pack were gas stations, whose sales were up 55.7% for the month thanks to upticks in fuel prices. They were followed by leather goods and jewelry stores whose sales climbed 43.8% for the month.

While she was specifically addressing the seasonally adjusted figures for retail sales, in her research note Ksenia Bushmeneva of TD Economics admitted being a little surprised by the uptick reported by Statistics Canada.

“However, looking under the hood reveals that much of the gain was due to higher prices,” she said. “Adjusting for inflation, total sales were up just 0.2% on the month while core sales were flat. With inflation running at a multi-decade high, higher prices have been giving a lift to nominal retail sales figures, but inflation-adjusted numbers tell a different story. Sales at gas stations are a prime example. While in dollar terms gasoline sales were up in both June and July, in volume terms sales declined in both of these months, as Canadians cut back on driving to mitigate some of the impact of sky-high prices at the pump.”

“Retail spending had a surprisingly strong June, though much of the headline strength was due to higher prices as volumes were sluggish,” Shelly Kaushik of BMO Economics said in a note of her own.

Bushmeneva is looking for a slow-down at a retail in the months ahead.

“There is still appetite among consumers for experiences like dining-out, but it is only a matter of time before pent-up demand gets satiated and intensified financial headwinds – red-hot inflation, higher interest rates and an erosion of household wealth – prompt consumers to tighten their purse strings, particularly when it comes to discretionary items,” she said.