OTTAWA – Brick-and-mortar furniture store sales regained ended the first quarter of 2022 on a high note, with March sales up over the previous month although they fell slightly when compared to the same month last year, according to the latest figures from Statistics Canada’s Monthly Retail Trade Survey (MRTS).

It should be noted the MRTS tracks only sales made by what they refer to as ‘location based’ retail – brick-and-mortar stores. These figures do not include sales by the online only furniture purveyors such as Rove Concepts or Article. But, adding to the confusion, they do include e-commerce sales by predominately brick-and-mortar merchants such as Brault & Martineau, Leon’s, The Brick and Sleep Country. 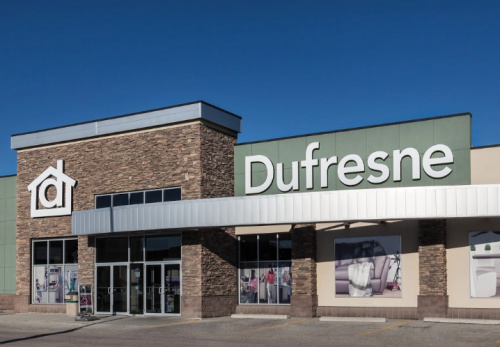 The strong performance pushed the furniture store segment into the plus column for the first three months of 2022. Year-to-date revenue totaled $3.19 billion, up 13.6% from the $2.81 billion for the same period last year.

The third member of the big-ticket home goods segment experienced slightly more mixed performance during the first quarter of 2022. Electronics and appliance stores rung-up actual and preliminary sales of $1.25 billion in March 2022. While that’s 17.6% higher than the $1.03 sold in February, it’s a 0.8% slip from the $1.26 billion rung-up in March 2021.

Figures published in the MRTS review retail was a very mixed bag during the first quarter of 2022, as all location-based retail showed an overall growth rate of 4.2%. But much of that was driven by gasoline stations as the price per litre reached record heights during the first 90 days of the year.

In her research note, Rishi Sondhi of TD Economics suggests retailers should see at least some growth over the coming months.

“We think consumer spending will hold up reasonably well in the second quarter, reflecting the lingering tailwind of easing public health restrictions, significant pent-up demand, and a healthy labour market,” she said.

“However, higher prices and interest rates will begin to weigh on household budgets in the second half of the year, prompting consumers to tighten their purse strings,” she cautioned, adding, “Retail sales may also see some weakening as consumption continues to shift away from goods and toward services, such as travel and hospitality. Indeed, recent earnings reports from large retailers reflect some anticipated softness ahead due to inflation pressures and a substitution to services spending.”