OTTAWA – Lockdowns imposed at the start of Boxing Week in various parts of the country to combat the spread of COVID-19 drove furniture store sales down just over 10% on a year-over-year basis in January, according to the latest figures from Statistics Canada. Home furnishing stores also saw a setback to start the year, although January electronics and appliance stores slid over the $1 billion for first time.

It should be noted Statistics Canada’s MRTS focuses some 11 categories of location-based or brick-and-mortar retail. The survey includes such well known firms as The Brick, Leon’s, IKEA Canada, Sleep Country, Brault & Martineau and Bad Boy to name a few. While the figures in this survey include e-commerce sales by these merchants, they don’t include sales by the pure e-commerce players such as Wayfair, Article, Rove Concepts, Goodmorning.com, Casper and others. 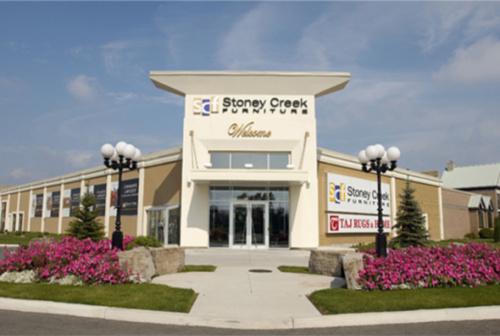 In his analysis, the Toronto-based retail consultant Ed Strapagiel noted brick-and-mortar furniture store sales for the trailing 12 months ending January 2021 were $11.6 billion, down from $11.9 billion for the same period ending January 2020 and falling back to where they were at the end of January 2019.

Meanwhile, sales by brick-and-mortar home furnishings stores – which sell everything from floor covering to lamps and lighting, decorative accessories and accent furniture – had preliminary and actual sales of $448.1 million in January, plummeting 44.3% from the prior month’s $803.6 and down 5.4% from the $473.6 million rung-up in January 2020.

Electronics/appliance stores was one of the very few categories to record a year-over-year sales bump in January. Their actual and preliminary sales for the first month of 2021 were set at $1.0 billion, which while practically half of the $1.97 billion rung-up in December, was 2.4% higher than the $977.3 million sold in January 2020.

The other location-based retail sectors recording year-over-year gains in January were either food stores, pharmacies or building supply stores.

When ask how he would describe the performance of furniture, home furnishings and electronics/appliance stores to the rest of location-based retail, Strapagiel told Home Goods Online, “in the middle of the pack, more or less. Not as good as food stores, but not as bad as clothing & accessories or automobile dealers.”

Currently, Statistics Canada doesn’t track the performance of the pure e-commerce players such as Wayfair, Article or Goodmorning.com – although a spokesman for the agency recently told HGO they are planning to include these players in their coverage sometime over the next year or so – but Strapagiel is of the view they are growing and may even be taking some market share away from brick-and-mortar. “But the effect may not be too large,” he said, pointing out, “Many established retailers already had e-commerce efforts going, particularly in electronics. Large furniture and major appliances are difficult to sell online due to shipping issues.”

He also acknowledges the ravages imposed by the pandemic have been felt by furniture, furnishings and appliance retailers but, at this point, they are difficult to assess and may not be a severe as believed. “We’ll never know for sure because we don’t know what sales would have been without the pandemic. However, it seems to me that everything is moving more to e-commerce, and COVID has just moved up the schedule.”

But the pandemic will definitely play a role over the coming months. “Due to vaccinations, COVID will abate in the next six to 12 months and things will open up a lot more,” Strapagiel told HGO. “The key factor will be how well brick-and-mortar operations take advantage of the opportunity. But the rules have changed and there’s no going back to normal.”