Jasmine Branderhorst, who launched her unique home goods business – called  The Underline – some 18 months ago, says she’s excited to be featured in GoDaddy’s renewed Don’t Stop Being Unstoppable campaign.

The campaign, which features three small business owners including Branderhorst, aims to highlight entrepreneurs who have overcome obstacles in their industries and is headlined by six-time Canadian Olympic medalist Andre De Grasse. 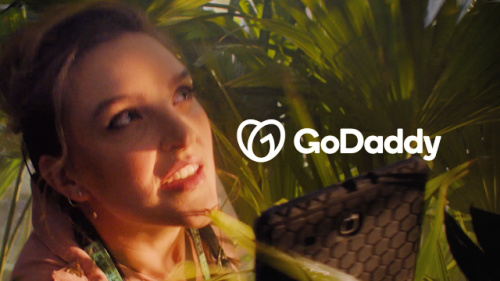 “Back in February or March of last year when I was building my web site, I offered custom sewing services and I made a client a custom pillow cover and this client was part of GoDaddy Canada. They recommended I apply for the campaign,” Branderhost told Home Goods Online in an interview.

“I made a promise to myself to say yes to opportunities that were presented to me, so I created a video of myself and talked about my business and why I should be chosen. A week or two later, I received a call that I had in fact been chosen for the campaign. It was very organic. Through doing the work and accepting opportunities, another opportunity arose.”

Anne De Aragon, vice president and country manager of GoDaddy Canada, thought Branderhorst would be a good fit for the campaign after reaching out to purchase an item on her site.

“We always want to showcase real Canadian businesses who have seen success using our products while also celebrating the obstacles they have overcome. Throughout the pandemic, each of the small business owners in the campaign has implemented online solutions whether it is an online store, appointment bookings or simply communicating their opening status,” De Aragon said, adding Branderhorst is the first entrepreneur GoDaddy has featured from the furniture and home goods industry.

“I am passionate about supporting small businesses in my day-to-day life, so when I was in need of a seamstress, I came across Jasmine. I noticed she had a great web site built on GoDaddy and after getting to know her, I thought she would make a great addition to this campaign as she has an inspirational story of turning her love for sewing into a small business during the pandemic.”

According to De Aragon, the latest campaign marks GoDaddy’s third foray into encouraging business owners to get online by featuring relatable Canadian entrepreneurs who are using the web site building service to their advantage.

“Showcasing real small business owners through our marketing campaigns helps entrepreneurs recognize themselves and relate to, or simply learn more about what is possible – and that is exactly what Jasmine helped do.” 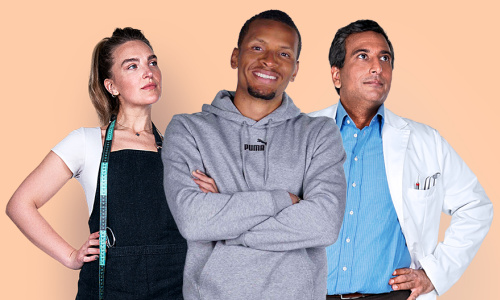 “It is still fairly early on, but the response from my community so far has been overwhelmingly positive. People want to say congrats or hear more about my business or find out how this came about,” she said, adding traffic to her web site has increased.

“It’s been such a great experience so far,” she said.

When asked what inspired Branderhorst, who has a background in fashion and interior design, to enter the home goods business, she replied the pandemic presented her with an opportunity to create unique, custom pieces for people’s homes.

When she launched The Underline, she was already offering custom sewing services. “I’d been dreaming about furniture design for probably about 15 years but after the pandemic hit, I had to make a shift so I decided to use GoDaddy to create my e-commerce store and I had some staple products that I fell in love with and got great feedback on,” Branderhorst says.

“I had so many furniture ideas and I would sometimes have a hard time sleeping because I’d be creating furniture in my head. Throughout the years, I’ve had multiple businesses from clothing to women’s accessories but the furniture line itself didn’t start until the beginning of the pandemic. It was sort of a COVID baby.”

Prior to the pandemic, Branderhorst worked with a Toronto designer and learned the ins and outs of interior design, something she says prepared her to launch a home goods business.

“I decided to go out on my own and delve into my own business. I felt confident being able to marry it all together.”

Branderhorst’s love of fashion and design began early, as she was often transfixed while watching her grandmother sew everything from clothing to bedding.

“I’ve been sewing forever. My Oma taught me how to sew from the time I was about four and she taught me everything,” she says, adding her grandmother sewed her own bedding and pillowcases and dresses. “My business now is furniture design and a huge part of it is sewing. We include chair upholstery and I make my own ottomans and pillowcases. They all have the same sewing foundation.”

Now, Branderhorst operates The Underline on her own and creates all the products – often made from locally sourced materials – in her studio. “All the products are handmade by myself here. I love being able to touch everything that goes out and put that love in the product.”

The GoDaddy campaign will last for the next six months and during those months, Branderhorst hopes to expand her offerings.

“Personally, for my business, I’d like to continue to add more products and use the next six months to add more, which is extremely easy using their website builder. It’s just so nice to be able to have this platform that’s easy to go into.”

As for what the future holds long-term, Branderhorst says she’d love to grow The Underline. “Right now, anything can be shipped nationwide but I’d love to expand and grow a little bit more and not be limited to what I can make in one day. To be able to offer more service to more people, that’s definitely the goal in the future. My favourite thing is to see people's reactions to my products in their homes,” she says.

“The Underline stems from the idea of emphasis. When you underline something, you recognize its significance. I want the pieces to be a statement of beauty or distinction.”