TORONTO – Sleep Country Canada Holdings (SCC), parent to this country’s largest mattress retailers, has announced Dave Friesema, who has served as chief executive office since it returned to the public equity market in 2015 will retire at the end of this year and will be succeeded by Steward Schaefer, the current president of the retailer’s brick-and-mortar banners.

Schaefer will retain his role as president of Sleep Country and Dormez-vous and will join the SCC’s board of directors on January 1, 2022. 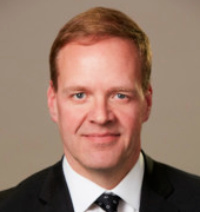 Friesema’s retirement will be effective at the end of the company’s current fiscal year, which ends on December 31, 2021. He was named CEO when SCC once again became a public company in 2015, succeeding now board chairman Christine Magee. For the previous decade, he had served as chief operating officer having first joined the company in 1996.

In the statement announcing his appointment, the company noted Schaefer has been a key member of their executive leadership team since 2006, having been named president of SCC’s two brick-and-mortar banners this past April. SCC’s other major retail channel is Endy, reputedly this country’s largest direct-to-consumer mattress specialist.

“His vision and determination to see Sleep Country’s family of brands through to their full growth potential has been a driving force behind the company’s success over the past 15 years,” the company said, saluting his 27-years of experience in the sleep and retail industries as unparalleled – having grown Dormez-vous into a household name in Quebec prior to its acquisition by Sleep Country in 2006.

“This appointment reflects and is a natural extension of the invaluable contributions and vision that Stewart has provided for nearly two decades, while also showcasing the depth of our talented leadership team,” Magee said. “Stewart is uniquely qualified to take our business into the next chapter of our growth story, and we look forward to continued success under his capable, passionate and strategic leadership.” 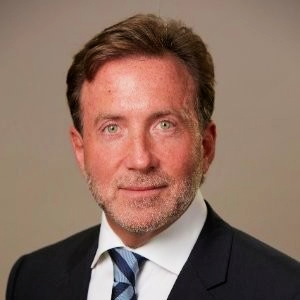 “Over the 15 years since Stewart joined Sleep Country, he has been pivotal in taking our combined entities to even greater heights.  His creative and visionary leadership have been key to our success and he has been instrumental in transforming our company, and has been the key architect leading the vision for our growth strategy, the launch and growth of our e-commerce business, the driving force behind our acquisition of Endy as well as a plethora of new partnerships that have both introduced iconic brands and created new revenue streams in our business,” Friesema observed, adding, “His entrepreneurial focus has been the critical element to our ongoing success and shaping our culture.”

“I would like to express my sincere gratitude and appreciation for Dave’s contributions and efforts over the past 26 years and recognize the remarkable transformation and innovation that Sleep Country has accomplished during his tenure as CEO. Sleep Country’s extraordinary performance and market leading practices have benefitted from Dave’s keen business acumen and leadership,” Magee continued. “His legacy goes far beyond the bottom line. Dave has helped build a business that meaningfully transforms the lives of those it serves while also fostering a culture of inclusion and purpose that will continue to define Sleep Country in perpetuity.”

The company said Schaefer and Friesema will work closely over the next six months to ensure an orderly and seamless transition, while continuing to focus on the long-term growth of the company.

SCC is expected to release its fiscal results for the first half of fiscal 2021 after the Toronto Stock Exchange closed on August 3, 2021. Currently, the retailer operates 287 brick-and-mortar stores as well as 17 fulfillment centres across Canada.