MONTREAL – The founding family of Dorel Industries, one of the largest Canadian-owned furniture makers and distributors currently operating, has abandoned its bid to take the publicly-owned company private in the wake of opposition from two institutional shareholders.

The Globe & Mail and BNN Bloomberg both reported earlier this week that two Dorel shareholders, investment managers Letko, Brosseau & Associates of Montreal and Brandes Investment Partners of San Francisco – who between them hold about 19% of the company’s common shares – had said they were planning to vote against the proposal believing it undervalued the company. They also noted two well-regarded proxy advisory firms, Institutional Shareholder Services (ISS) and Glass Lewis, recommended shareholders reject the plan.

This prompted Dorel’s board of directors to cancel the special shareholders meeting originally scheduled for February 16. 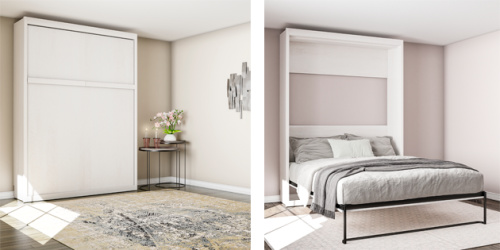 The founding family – including Martin Schwartz, Alan Schwartz, Jeffrey Schwartz, Jeff Segel and members of their respective immediate families – had teamed up with the New York-based private equity giant Cerberus Capital Management to offer C$16 in cash for all outstanding Class A Multiple Voting Shares and Class B Subordinate Voting Shares they did not already own.

The deal had an estimated value of $1 billion, including debt.

“Independent shareholders have clearly expressed their confidence in Dorel’s future and the greater potential for Dorel as a public entity. We sincerely appreciate the considerable time and effort Cerberus has devoted to this project. I thank our employees who have maintained an unwavering focus on Dorel’s operations throughout this period. Shareholder value enhancement remains our top priority and we look forward to continued growth with our excellent brands, worldwide consumer recognition and strong customer relations,” Dorel’s long-time president and chief executive officer Martin Schwartz said in a statement ending the bid.

In its report, the Globe & Mail noted investors were being asked to sell their shares just after Dorel announced record sales for the 12 months leading up to the end of its third quarter last September – the result of substantially higher demand for its home furnishings and bicycles during the COVID-19 pandemic. According to ISS, in its most recent quarter, Dorel enjoyed its highest operating profit of any three-month period since 2012.

In its own public statement, Letko expressed confidence in Dorel’s potential and the ability of management to overcome its recent problems while saying the offer of $16 per share offered them no real incentive to sell.

“We were far away from what we consider a decent price,” Letko vice-president Stéphane Lebrun told the Globe & Mail in an interview. “We continue to have confidence in the long-term outlook for the company as well as the management.”

The company will announce its results for the fourth quarter and fiscal year 2020 sometime over the coming few weeks.

Dorel Industries operates in 25 countries around the world, employing some 8,000 people and generating annual sales of about US$2.6 billion.