MISSISSAUGA, Ontario – Former cabinet minister James Moore has been appointed to the board of directors of GoEasy, the parent company of furniture and appliance leasing specialist EasyHome and financial services provider EasyFinancial.

In a statement, the publicly held GoEasy lauded Moore as “an incredibly well-accomplished and decorated government relations advisor with a career spanning 20 years of experience in public service and advisory.”

The company noted he was the youngest-ever member of parliament from British Columbia, having been first elected at the age of 24. He went on to be the third youngest cabinet minister in Canadian history as part of former Prime Minister Stephen Harper’s Conservative government. He served as Minister of Industry, Minister of Canadian Heritage & Official Languages, and Secretary of State for the Asia Pacific Gateway and Minister for the 2010 Olympics during his 15 years in parliament. 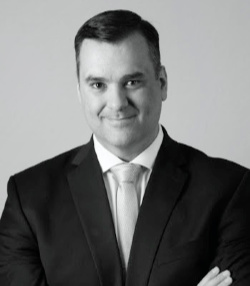 After leaving public life, Moore became an advisor to both Denton’s LLP, a multi-national law firm with offices across Canada, and Edelman, a multi-national public relations agency. At Denton’s, he consults local, national and international clients across many industries on investment decisions, government and regulatory affairs, and public policy. At Edelman, he advices on public affairs, communications strategy, crisis management and public relations across broad platforms of interest.

“In addition to expertise in government relations and corporate advisory, James will bring a depth of experience to GoEasy’s board of directors,” the company said, adding, he also sits on the boards of the Canada-China Business Council, the Business Council of B.C., the Concussion Legacy Foundation, and is the vice-chairman of the Canadian Cancer Society. He also serves as a member of the Government of Canada’s NAFTA Advisory Council.

“We are thrilled to have James join the GoEasy board and we look forward to adding his deep expertise in government relations and communications, as we advance our mission to provide everyday Canadians with access to credit,” GoEasy executive chairman David Ingram said.