In a statement, the company said Arseneault brings over 20 years experience in the consumer packaged goods (CPG) industry, both in North America and internationally. He will be based at Foliot Furniture’s head office here.

Prior to joining Foliot Furniture, Arseneault served as president of the Hefty Waste Storage business unit of the publicly held Reynolds Consumer Products (RCP) in the greater Chicago area. 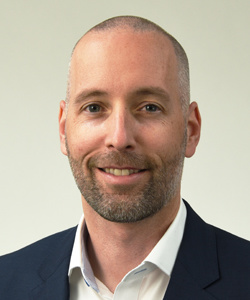 Before Hefty, he held positions of increasing responsibility within RCP, including president of the Presto Products brand and vice president and general manager of the company’s Canadian business unit. In these positions, he led the sales, marketing, finance, operations, and distribution functions of multiple brands in Canada, the United States and more than 90 countries.

“Beyond his impressive professional background, it is above all Francis’ values and energy that have convinced me that he is the best person to guide the company towards the next stages of its growth,” Daniel Foliot, board member, founder and newly retired CEO of Foliot Furniture, said in a statement.

“It is a pleasure and an honour to have been asked to join Foliot Furniture. This company is not only impressive because of the quality of its products and services, but also because of its unique culture where people are at the center of the organization’s success,” Arseneault said. “At Foliot, we feel that safety, teamwork, passion and customer focus are embraced by everyone.

“I certainly intend to uphold Mr. Foliot’s vision of further developing the company by leveraging our talented employees to ensure the achievement of our ambitious growth plans in the coming years,” he continued, adding, “Among the top priorities, our digital transformation, innovation and the conquest of new growth markets are particularly important to me. Having led similar initiatives in the past, I look forward to seeing how much Team Foliot can accomplish.”

Founded here 30 years ago, Foliot Furniture has furnished more than one million rooms in hotels, resorts, universities and colleges throughout North America from manufacturing facilities located here and in Las Vegas, Nevada.