TORONTO – POS financing and payment provider Flexiti has acquired the Canadian private label credit card portfolio of TD Financial Services (TDFS), a move that will give it more than one million new customers and $250 million in consumer receivables while expanding its retail network by some 900 locations across the country.

“This is a significant transaction in the consumer lending space,” the company said, adding it believes it is now the leading private label credit card issuer in Canada.

Flexiti also announced the acquisition – the details of which were not disclosed – was financed, at least in part by a new equity injection of $50 million from Globalive Capital, a Toronto-based investment firm with investments in several high technology companies. It is now has a controlling interest in Flexiti, which also secured new credit facilities of $350 million, including $300 million from the Cayman Islands branch of Credit Suisse AG, acting as senior lender. 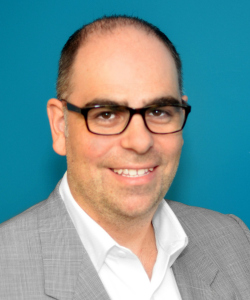 Until the TDFS deal, Flexiti was primarily a provider of point-of-sale (POS) financing and payment technology, specialising in providing these services to big ticket retailers.

“Since our inception, Flexiti has experienced tremendous growth by following one simple mantra - our retailers are our partners, and we put them at the core of everything we do,” Peter Kalen, Flexiti’s founder and chief executive officer said in a statement. “This acquisition of TDFS’ private label credit card portfolio represents an important milestone for our company, and the consumer lending space in Canada, as it instantly positions us as one of the largest consumer lenders in the country with a cardholder base of over one million Canadians.

“We’re thrilled to welcome our new retail partners to the Flexiti network and look forward to working closely with them to drive sales and customer loyalty through our industry-leading point-of-sale financing platform,” he continued.

A company spokesman said there shouldn’t be a large learning curve as Flexiti’s existing POS financing platform provides retailers with the ability to offer their customers a virtual private label credit card.

“Customers can apply for financing and receive approval within minutes – no paperwork, no scanning or mailing,” the spokesman said. “With minimal integration required into existing POS systems, retailers can quickly scale across multiple locations and sales channels, including e-commerce, to offer financing to all of their customers.”

With the acquisition, Flexiti now has a retail network of some 3,500 locations across the country.

Offering a private label credit card also brings a number of advantages to the retailer.

“In Canada, retailers have been faced with among the highest interchange rates in the world – nearly double the average in the U.S. and three times higher than Australia,” the spokesman said. “Issuing private label credit cards and shifting spend onto them is one way retailers can save fees and boost sales with financing options. Compared to our southern counterparts, Canadians spend proportionately more on general purpose credit cards than Americans.

“However, the utilisation of co-brand and private label credit cards are lagging significantly in comparison,” he continued, adding, “The advancement in technology driven credit card and financing platforms, like that which Flexti offers, will be integral to closing this gap in the coming years.”