STOCKHOLM, Sweden – Major appliance producer AB Electrolux has named Nolan Pike as the head of its North America business region and executive vice president of the company, succeeding Alan Shaw, who has announced his retirement. He will assume his new role on 01 January 2020.

Pike  (pictured at right) is currently senior vice president of the company’s global consumer experience organization – Taste, which includes all its kitchen products. 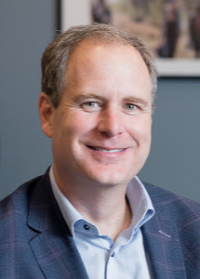 “Nolan’s solid experience from the North American appliance industry combined with his global perspective and strong consumer insight make him very well suited to take on this important role and lead Electrolux North America through its ongoing transformation,” Electrolux Group president and chief executive officer Jonas Samuelson said in a statement. “I want to thank Alan for his contributions during his time with Electrolux. We wish him all the best in his retirement.”