MISSISSAUGA, Ontario – EasyHome, this country’s largest furniture, appliance and electronics leasing merchant, reported increased sales and operating margin for both the third quarter and the first nine months of 2021 even though revenue from its core leasing business declined slightly.

EasyHome is part of publicly held GoEasy, which also operates EasyFinancial, the consumer lending specialist that’s the substantially larger of its two main business segments and accounts for some 82% of its overall revenue. 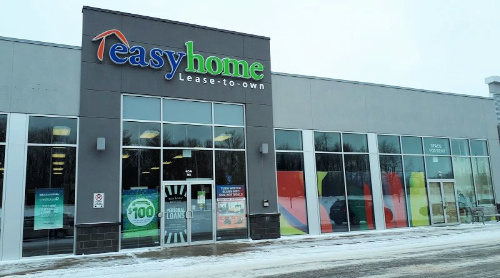 However, the company also noted revenue from EasyHome’s core leasing business was $27.9 million, down 1.7% from the comparable period’s $28.4 million. The revenue boost was driven by EasyHome’s foray into consumer lending while jumped 36.7% in the third quarter.

Revenue from its core leasing business totally $84.7 million, up a slight 0.5% from the $84.2 million for the comparable. Meanwhile, interest income from its lending program generated revenue of $16.3 million, up 32.4% from $12.3 million.

By product category, declines in furniture were offset by gains in electronics, appliances and computers. Furniture remains EasyHome’s largest product category, accounting for 41.7% of its outstanding lease agreements.

At the end of September, the company operated some 158 EasyHome stores across the country, having closed two corporate stores over the prior 12 months. The count includes some 34 franchise locations.