Before his recent retirement, he held a number of senior sales management positions at Cantrex Nationwide, the Montreal-based retail marketing and buying group. He joined the group’s Mississauga-based merchandising office in 2006 as the furniture and bedding merchandising and network manager in what used to be their Ontario, Western and Atlantic Canada division. He later served as director of the Furniture Plus banner while managing operations in Atlantic Canada and the group’s import program. 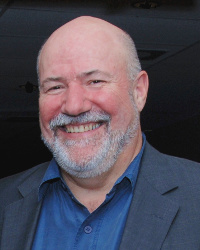 Prior to that, he served as director of business development for the now defunct Allied Home Furnishings Network, which was later absorbed by Mega Group.

“Earle enjoyed exploring new places and meeting new people,” his family said in a statement. “He was kind, friendly, and engaging, which is one of the many reasons he was such a successful salesman. Earle had a great love of music and enjoyed playing bass guitar with a number of bands and musicians over the years in Ottawa and Toronto. He loved spending time with his family and friends at the cottage and enjoyed his time at the lake.”

Due to restrictions imposed by the ongoing COVID-10 pandemic, a private celebration of life was held in his honour on 26 November 2020 at the Whelan Funeral Home here in the nation’s capital.

The family would be deeply appreciative of anyone wishing to share a memory of Earle to do so at [email protected].

In memoriam donations to the Canadian Cancer Society and the Ottawa-based musical charity Bluesfest: Blues in the School would be appreciated by the family.