TORONTO – Contemporary furniture and home goods resource EQ3 has partnered with the Globe & Mail to create Designing Canada, a new editorial feature from this country’s largest daily newspaper that will celebrate the best in Canadian residential architecture, interiors and houseware products.

The selectees for 2019 will be announced immediately prior to the 2020 edition of the Interior Design Show (IDS), which will be held from 16 to 19 January at the Metropolitan Toronto Convention Centre. That event is also the kick-off for Design TO, commonly referred to as Toronto Design Week – a seven-day event which is billed as Canada’s largest cultural celebration of design with over 100 exhibitions and events. It runs from 17 to 26 January. 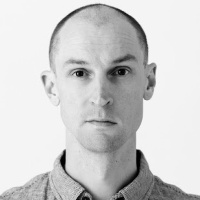 “The Globe has always been a strong voice for design in Canada and readers are increasingly looking to our coverage for trends and innovations in the country's design industry,” Maryam Siddiqi, lifestyle editor at the Globe & Mail said in a statement. “With Designing Canada, we’ll showcase the best in Canadian design and celebrate what makes our aesthetic distinctive from a consumer perspective.”

“The calibre of design talent in this country is truly remarkable,” added Mark Letain, president of EQ3, a manufacturer and retailer of contemporary furniture and furnishings, based in Winnipeg. “As a company that has built its success on Canadian design, we want to support and celebrate the people behind the most exciting projects coast-to-coast.”

The newspaper’s editorial staff will decide the top three projects in each category. These will be profiled in the 11 January 2020 edition of Pursuits, with additional events planned for the Interior Design Show and DesignTO Festival. For more information, visit tgam.ca/designingcanada.

A division of Palliser Furniture and established in 2001, EQ3 designs, manufactures and distributes its own line of furniture and home goods and markets other brands such as Herman Miller, Marimekko, Loll and Pablo. It operates 11 stores across Canada and seven in the United States by the end of 2019.