WINNIPEG – Contemporary furniture manufacturer and retailer EQ3 is expected to unveil a new flagship store here later this year when developer Cadillac Fairview completes the renovation of its Polo Park shopping centre, a number of media outlets have reported over the past few days.

EQ3 will take over the lower floor of what was most recently this city’s largest Sears Canada store which closed in December 2017, a few weeks prior to the department store chain’s complete demise the following month.

The retailer, which is owned by Palliser Furniture, currently operates an 11,000 square foot store at the corner of this city’s Portage Avenue and St. James Street. When completed later this summer, the new flagship store will occupy about 44,000 square feet, becoming the largest in the 17-store chain (12 in Canada, the rest in the U.S.) 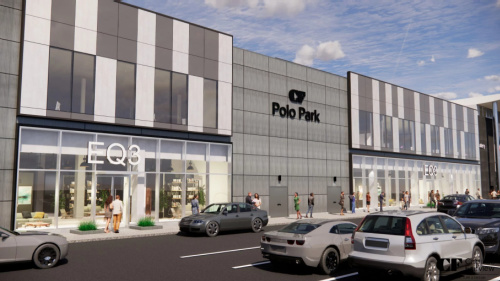 Palliser president and chef executive officer Peter Tielmann told the Winnipeg Free Press the company has been negotiating with the developer for the past three years and, if anything, the pandemic has forced them to accelerate their plans as it has proven a boon to most home goods producers and retailers.

“Almost all our problems were good problems to have, like demand rising and causing supply issues,” he told the Free Press. “And especially if you were able to get the ball rolling quickly on your e-commerce early on, your furniture business would’ve likely been in good shape.”

Tielmann admitted Palliser’s overall shipments have sagged over the pandemic, consumer demand has risen although not from traditional brick-and-mortar sales. E-commerce revenue for EQ3 has reported climbed by as much as 150% over the course of 2020 while most of its physical stores were closed as part of ongoing public health measures.

He also said now is the right time to be thinking about the future. “What the pandemic did though is it fast-tracked everything for us,” Tielmann was quoted as saying. “We had to make some difficult decisions early in 2020 when things were locked down, but once we started to understand how this virus worked, we started moving ahead in a very positive way on some key ideas that were already being planned out.”

The new Polo Park flagship will combine the digital experience in a brick-and-mortar setting, with some concessions to post-pandemic realities. For example, EQ3 has already installed plexiglass barriers and hand-sanitizer stations “with a space just right for exact social-distancing,” according to Tielmann.

“We’re trying to do something different here that blends into a full experience for the customer –   it’ll have a café, it’ll have very integrated technology that allows you to feel products, but also large touchable screens that will allow you to visualize how they will look in your home, right there and then when you shop,” he noted.

While almost every important Canadian furniture, mattress and major appliance retailer has at least one store in Winnipeg, there are few in the Polo Park mall.

EQ3 president Mark Letain told Retail Insider the new Polo Park store will give the retailer an opportunity to spread its wings. “We decided that given where our product line is headed and where we want to go in the future with deepening into our product line and extending our product line let’s try a larger format prototype. We’ve seen that work with Restoration Hardware and folks like that. So, we decided to do it in our home city;” he told them recently.

“We really want to use this store to highlight our brand and inform people of our brand. A lot of folks don’t know we’re a made-in-Manitoba story. Some people don’t know we’re actually Canadian,” he said. “So, we really want to highlight our roots and we also want to highlight in that store this idea of buy local. Not only are we going to represent our own product line there, which is made in Winnipeg, our upholstery line, but we’re also going to feature products that are made from other local manufacturers and we’re working on that and we’re really excited about that. We also want to highlight Canadian designers.”