WINNIPEG – Contemporary furniture manufacturer and retailer EQ3 will open three stores in the United States this year, beginning with two in Chicago and a third in New York City. This will give the company five free-standing stores in the U.S.

Already open, the first Chicago store is in The Shops at North Bridge in the city’s downtown. It will be followed by a second location in Lincoln Park in later this summer.

The New York retail space will open its doors in Chelsea, also in late summer. These locations join EQ3’s existing portfolio of retail shops in Emeryville and San Francisco, California. Part of the Palliser Group, EQ3 also has 11 freestanding stores in Canada as well as a virtual e-commerce store. 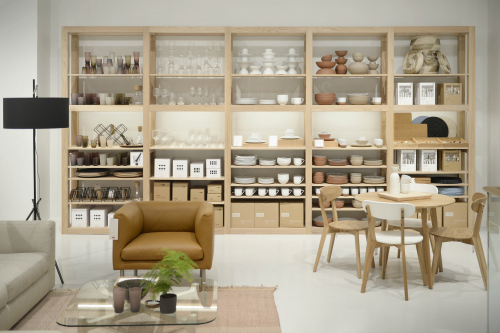 “We are very excited to bring our unique product offering into the Chicago and New York markets,” EQ3 president Mark Letain said in a statement. “As a company that designs and manufactures most of what we sell, we believe in and stand behind our products and are committed to providing customers with the high-quality, modern design that they expect.”

The first iteration of this development, he explained, can be seen in the downtown Chicago store. The new concept infuses a layer of approachability to modern home furnishings with a compelling brick-and-mortar shopping experience. The store’s layout was designed to create a residential feeling and encourage the customer to take a “meaningful meandering” throughout the space.

The ‘shop-ability’ of the store, he continued, can also seen through a secondary layer of storytelling. As a customer walks through the space, they experience this dialogue through displays featuring the unique stories behind the products and their designers and how they can be shaped to suit a customer’s home.

It features a ‘Design Centre’ – a centralised area within the shop – that has been re-imagined to simplify the shopping experience, offer free design consultations, details about the customisable furniture options, from sofas to coffee tables, upholstery swatches, take-away catalogues and seasonal look-books that highlight new products and the stories behind them.

Customers will also have the opportunity to experience EQ3’s high-quality, customisable and made-to-order furniture options, at mid-market prices, alongside its expanding accessory line, featuring rugs, lighting and tabletop and decorative items for the home.

“We want to inspire customers to come across a variety of items they maybe didn’t know they were looking for, solutions they didn’t know they needed, and introduce them to newly released designs in a unique way,” EQ3 creative director Thom Fougere said. “Our goal was to add clarity and ease, empowering customers to make design decisions personalised to them.”

“With each showroom, EQ3 will build upon and continue to evolve its retail experience and concept, adapting to the ever-changing market,” Letain said. “Being at the forefront of retail trends, EQ3 understands what customers resonate with and will continue to build upon this concept in its showrooms.

EQ3’s downtown Chicago store is located at 51 E Ohio St. Hours of operation are from 10am to 8pm Monday to Friday; 10am to 6pm on Saturday; and, 11am to 6pm on Sunday.

Last summer, EQ3 entered into a partnership with bed-in-a-box giant Casper, whose product is featured on its web site. It has carried product from companies such as Herman Miller, Marimekko and Vitra.