Home / Article: E-commerce is here and we have the numbers to prove it

For the best part of two decades now, furniture, mattress and appliance (FMA) retailers have heard their own distinct version of Paul Revere’s cry: “E-commerce is coming, e-commerce is coming!” Experts and consultants of every stripe and kind have been warning tradition brick-and-mortar store owners from the single-unit independent to the national chain that the internet and its offspring, e-commerce, was a significant threat to their continued ability to grow sales and profit.

Finally, there is some hard, empirical evidence to support their foreboding predications, but the picture doesn’t seem as bleak as one would think.

Statistics Canada – which the author lovingly describes as the national bean counter – is beginning to measure e-commerce purchases by consumers for big ticket home goods such as infant, indoor and outdoor furniture; mattresses; decorative accessories; and major appliances as well as televisions and audio/visual equipment as part of its quarterly Retail Commodity Survey (RCS­).

By way of explanation, it should be noted the RCS measures what the consumer buys and is not directly related to the agency’s Monthly Retail Trade Survey (MRTS), which measures sales by brick-and-mortar or location-based retail stores without regard to product category. 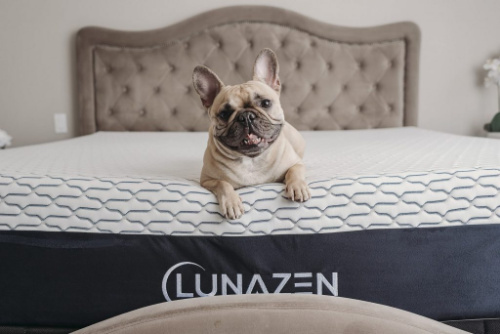 Only recently has Statistics Canada added what it describes as ‘electronic shopping or mail order houses’ – but what HGO calls ‘e-commerce platforms’ – to the RCS as a channel through which the Canadian consumer purchases the big-ticket goods described above. While these merchants were always part of the MRTS, the agency only recently began examining their sales by product category.

When reviewing the data, there are a few things should be kept in mind: the survey measures the purchases made by Canadian consumers from Canadian retailers, whether brick-and-mortar or online or a combination of both. When referring to sales of a certain product category by furniture and home furnishings stores, the figure includes both instore and online sales. (In other words, sales by Leon’s Furniture Limited’s furniture.ca or Sleep Country Canada’s Endy.com are included in ‘furniture and home furnishings stores’ not ‘e-commerce platforms’.

The survey also doesn’t include purchases made by Canadian consumers from e-commerce sites outside of Canada.

It should also be noted sales by ‘e-commerce platforms’ are not included in ‘all retail stores’ so total consumer purchases of the product category are the sum of the two where both sets of data are provided.

There are also gaps in the data. For reasons not completely understood, Statistics Canada will occasionally decline to disclose sales data for a product category by a particular channel during a particular quarter. In most of these cases it cites privacy concerns but provides no detail as to their nature. Occasionally, it will say the data isn’t sufficiently accurate to be included.

What is clear by examining the data is Canadians are becoming more comfortable buying furniture, mattresses, appliances, decorative accessories and televisions online. While this level of comfort has been building for the past several years, most observers say it was clearly accelerated by the pandemic, which essentially closed most brick-and-mortar retail for roughly two-thirds of the available shopping days over the 12-month span beginning in April 2020.

Indeed, the trend is evident across all seven categories of product carried by most FMA store operators across the country.

15% of all mattress sales were made on the internet this year
In 2019, the year immediately before the onset of the current global health crisis, Canadians purchased mattresses valued at just over $2.06 billion. The following year, their purchases fell slightly to $2.02 billion.

Furniture stores – a category that includes mattress specialists such as Mattress Mattress and Dormez-vous – continue to be the consumer’s first choice when it comes to buying mattresses. In 2019, their sales in this category were valued at $1.94 billion. In 2020, they were essentially unchanged, thanks to surges in consumer demand during the last six months of the year.

The pandemic truly made itself felt in the first half of 2020, particularly in the second quarter when sales fell to a low not seen over the past decade.

The other fact to note is despite the government-mandated closures, furniture stores improved their brick-and-mortar market share from 94.2% in 2019 to 96.3% last year.

Last year was also the first year for which Statistics Canada provided estimates for consumer purchases from the so-called pure play e-commerce mattress purveyors, such as Polysleep, GoodMorning.com, Lunazen and others. These sales were estimated to total $194.5 million.

However, most of the major brick-and-mortar retailers reported their online stores generated as much as 20% of their overall revenue in 2020. Because of this, HGO is estimating Canadian consumers spent has much as $340 million buying mattresses online last year, giving the Internet an approximate market share of 15% in 2020.

Meanwhile, proving the consumer’s increased willingness to buy from them, purchases through the e-commerce vendors leaped 30.6% during the first half of this year to $102.8 million (the first time it’s broken that particular barrier) from the comparable period’s $78.7 million. Citing privacy concerns, Statistics Canada didn’t provide figures for 2019.

Click here to read the rest of our report in the HGO Merchandiser.