MONTREAL – The home segment of Dorel Industries showed the greatest improvement in performance and helped shrink its net loss for both the fourth quarter and the full 2019 year, the publicly held consumer goods giant reported. 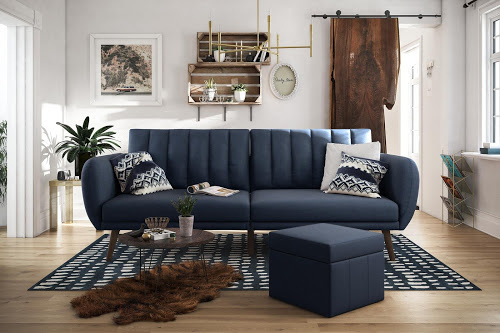 Although a Canadian company, Dorel reports its results in U.S. dollars.

The company noted e-commerce sales continued to grow and represented 70% of the segment’s total gross sales during the period, added sales to brick-and-mortar stores were down from last year. “For the full year, e-commerce sales represented 62% of total segment gross sales, compared to 56% in 2018,” it reported, adding branded-product sales continued to climb with both CosmoLiving and Novogratz up substantially year-over-year.

Fourth quarter operating profit was US$11.9 million, down 32.0% over the comparable period. For the full year, operating profit was US$56.1 million, down 20.1% from US$70.2 million a year ago. The decline was attributed to several factors, including higher operating and warehousing costs as well as promotional activity to reduce inventory levels, which fell to US$185 million from a mid-year high of over US$226 million.

Dorel Sport, which focuses on bicycles and other sporting equipment, reported revenue upticks for both the quarter and the full year.

Dorel Juvenile, which produces car seats and other products for the baby and child market, saw downturns in both revenue and operating profits.

Martin Schwartz, Dorel’s long-time president and chief executive officer, said he was pleased with the performance of Dorel Home and believes its prospects moving into 2020 are good.

“Dorel Home forecasts increased sales as it is planning to enter new categories and channels and anticipates growth in its European operations. As well, with inventory under better control, warehousing and logistics costs will be reduced,” he said.

He also anticipates both Dorel Sports and Dorel Juvenile will see improvements over the coming although he acknowledged the impact of the ongoing coronavirus epidemic will be difficult to predict. Supply chain interruptions – especially those originating in China – will be a drag on performance through the first few months of the year.