Don’t be an invisible boss

While speaking at a conference recently, I did a series of 30-minute one-on-one business coaching sessions. One of my coaching ‘customers’ – we’ll call him George – runs an auto recycling yard for a boss who he has not seen in six months. The head office, where the boss hangs out, is only one hour away from George’s branch location, but apparently that’s too far to travel.

A year ago, this same ‘invisible boss’ asked George to prepare a new business plan for his division and George spent weeks putting it together. He couriered it to his boss but, so far, he hasn’t heard a word back. Over the past several months George has e-mailed his boss several suggestions on how to operate and market more effectively, but so far, no response to those either. 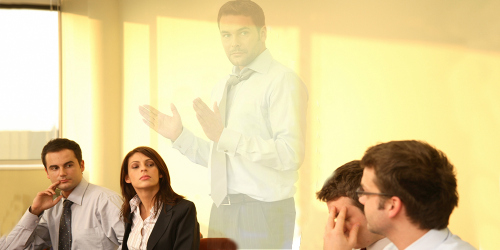 George is frustrated, disheartened, disengaged and actively looking for a new job. No big surprise there. When bosses are ‘invisible’, we assume they don’t care. And, if they don’t care, why should we? Whatever happened to MBWA – management by walking around? Get out from behind your desk and find out what’s really going on in your business. Engage employees at all levels in conversations. Energise and thank them. Ask them what you can do to serve them better? Ask them what needs fixing and what extraordinary things might be possible. Our people know stuff, and they hate it when we don’t ask.\

Sam Walton, founder of Wal-Mart, had two vehicles. A pick-up truck to get him around town and a corporate jet to get him around the country. The jet allowed him to visit as many as six stores a day, many of them in smaller communities with no scheduled airline service. The jet allowed him to be visible, to be a ‘cheerleader’ and to listen. So, what commitment will you make to be more visible and more available to your team? Don’t be the ‘invisible boss’.

Here’s something else to think about:
Whatever happened to our ‘Do Not Call List’? In October 2003, the Canadian Government launched a national ‘Do Not Call List’ program. Fifteen years later I still receive as many unsolicited calls offering to clean our carpets, fix our computers or reduce our mortgage as I ever did. I have no idea how much the government spent on this program, but it was a huge waste of money.

Just this morning a friend sent me a way of handling these annoying unsolicited marketing calls. When he’s pretty sure an incoming call is from a telemarketer (pretty much any call around dinner time) he answers, “Hello, thanks for calling. You’re on the air!” The pesky callers hang up immediately.

Will you run out of money before you die? A recent study by the World Economic Forum shows the average Canadian will outlive their retirement savings by about ten years. The numbers are similar for most other developed countries. Most people underestimate the cost of retirement living. Don’t make this mistake.