MONTREAL – Cozey, the ‘sofa-in-a-box’ start-up based here, announced last week it has raised some $2 million from private investors to expand its team and build out its infrastructure to support what it describes as its strong growth.

In a statement, the e-commerce specialist – which only broke into the market in early June 2020 – said it has managed to thrive in the midst of the global pandemic, growing by 1,200% in its first year of operations.

Founder and chief executive officer Frédéric Aubé said Cozey operates under four guiding pillars including simplicity, personalization, value and care and the newly raised capital will aid in the development and release of new products as the company’s long-term goal is to be a complete home furniture retailer with the same modular and customer-focused approach currently seen in its first sofa-in-a-box. 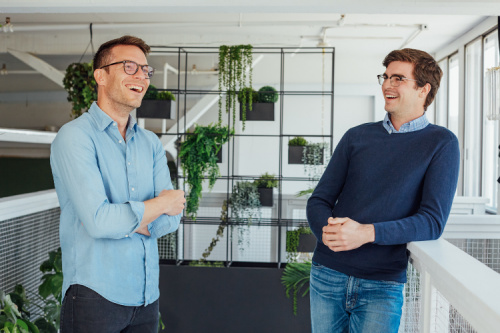 He also told Home Goods Online in an interview, Cozey is closing in on completing its first infrastructure project, the opening of a warehouse facility to serve customers in Western Canada as the company is anxious to move beyond Ontario and Quebec, which are currently its largest markets.

The company has also named the first new senior member of its executive team, Dominic Létourneau who has been name chief financial and operating officer. He brings over 20 years of experience working in the financial industry to the position, most recently as an operating partner at the Caisse de dépôt et placement du Québec (CDPQ), a Quebec-based private equity, infrastructure and real estate investor.

“With his experience and expertise in capital markets, Dominic connected back with his strong network to give Cozey the financial resources to see its vision come to life,” Aubé said. “The quality, innovation, and community revolving around Cozey and the team’s vision have made the company one of Canada’s fastest growing direct-to-consumer companies in the last decade.”

How Cozey started
In the winter of 2019 and a 23-year-old student at McGill University, Aubé had had enough of helping friends move their enormous sofas up and down tight stairways in small Montreal apartments. He couldn’t wrap his mind around this common problem faced by many Canadians each year and realized there was room for creating an alternative to bulky and expensive couches. “So, why not offer something better and simpler, at the same time?” he said. 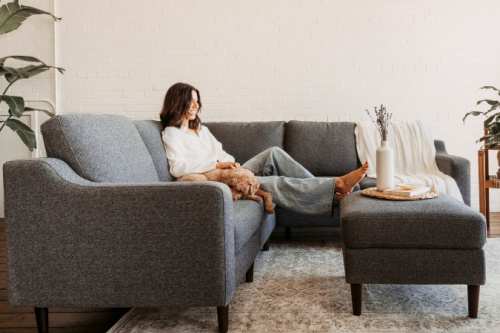 Aubé looked at the success achieved by the direct-to-consumer mattress specialists such as Endy, Casper and Montreal’s own Polysleep and wondered whether the concept could be applied to the sofa.

While the product was designed in Montreal, it is currently being manufactured in China. While he admits price has much to do with this there are other factors at play.

“There aren’t many manufacturers in Canada who can handle the volume we required,” he said, noting current economic conditions mean most upholstery producers in this country have backlogs running at 12 weeks or longer – far too long for his business model.

He also noted that when Cozey started, the typical customer would be a young personal starting out and living in a condo. “But it seems everyone is buying the Cozey,” Aubé said.

Now that Cozey has secured an initial round of investment funding, Aubé believes the company will be able to not only branch out into other product categories but also into other distribution channels. “We want to provide a great value proposition and create a great customer experience in very vertical and make buying much simpler,” Aubé said.