SMITH FALLS, Ontario – An independent appliance and mattress retailer based here has become a social media sensation, attracting new customers from across the country while gaining a national media spotlight for the single-unit family owned-and-operated business.

Corey McMullen, who along with father Brian and brother Kyle operates McMullen Appliance & Mattress here, launched his store’s TikTok channel in March of this year and since then has amassed some 104,000 followers at last count. At least one of his short videos has earned one million likes.

The former director of appliance merchandising for Cantrex Nationwide, who rejoined the family business in 2018, told Home Goods Online he created the channel – which can be found at @mcmullanappliance – “more out of curiosity than anything else.” 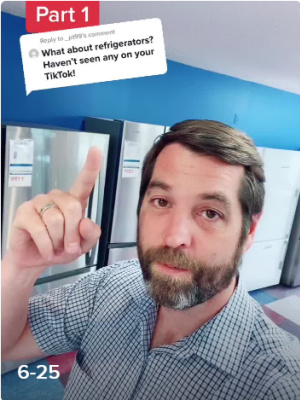 During his 17-year career with the Montreal-based buying and market group, McMullen was deeply involved in its digital marketing efforts and created a program that enabled short-term digital; events to be automatically implemented across different web sites operated by its independent retail members.

One of his first tasks on returning to McMullen Appliances was to oversee some renovations and upgrades to its computer systems. “Then I focused on Google, YouTube and Facebook markets to drive sales to new levels while also stopping all print marketing,” he said.

His journey to becoming a TikTok star started on Facebook which McMullen said, “is really where we started developing our personality and humour and dialing it into what followers like to see.”

The videos posted on TikTok are polished versions of the sales pitch McMullen uses when customers come into the store. They are short, crammed with product knowledge and sprinkled with a hefty amount of humour. “Many users have told me they feel ‘honest’ and ‘authentic’,” he said.

“TikTok had an immediate impact on our business that is difficult to translate to sales but customers who watch us on TikTok are coming in far more pre-qualified,” McMullen told HGO. “Customers are also driving further than ever before to get to the store. One even drove 459 kilometres each way to buy a washer from us. The other day, we had a customer in Nova Scotia ask to purchase a washer from us and said he would have someone pick it up and bring it back to him on the east coast.” 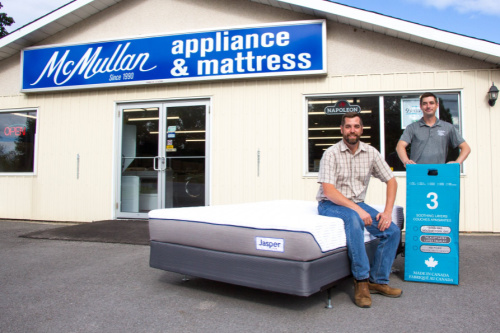 What’s more, he’s been getting e-mails on practically a daily basis from across the globe with people wanting to do business with McMullen Appliance & Mattress from as far away as New Zealand, Australia, Texas and Alabama – not to mention locales a little closer to home such as North Bay and Toronto.

McMullen is a little befuddled by the attention he’s attracting. “We’ll tell people, ‘There’s probably 20 stores between us and where you are where you can find these,’” he told the Ottawa Business Journal in an interview. “But they’re sold. They like the videos, and believe it or not, they really want to support you. It doesn’t make sense to really (drive) that far, but hey, if he pulls a truck up to my dock and wants to buy a washer, I’ve got no problem with it.”

He also believes his genuine enthusiasm for the industry that resonates most with his followers. “I’ve always loved video, video editing, photography and I’ve always been in this industry,” he added. “I think about it on a real passionate level and how appliances affect people, and I just think all that came together.”

McMullen’s efforts have gained the family business considerable attention in recent months. In addition to the Ottawa Business Journal, his TikTok adventures have been featured on both CBC and CTV as well as in the pages of the Toronto Star.