OTTAWA – The decline in new COVID-19 cases across the country in May resulted in a 6.5-point advance in the Index of Consumer Confidence (ICC) published by the Conference Board of Canada, a private think-thank based here. The index now sits at 87% of its pre-pandemic level.

“With the speedy rollout of vaccines, many Canadians are growing more hopeful for an economic reopening and are feeling more confident about their future job prospects. Over 26% of survey respondents believe there will be more jobs six months from now, the highest level of optimism since 2002,” board economist Anna Feng said in a statement.

“However, consumers remain cautious about making major purchases,” she continued, adding, “The optimism on the question retreated for the second consecutive month. Close to 57% of survey respondents believe that now is a bad time to make a major purchase, the most pessimistic level since last June and exceeding the peak seen during the 2008 financial crisis.” 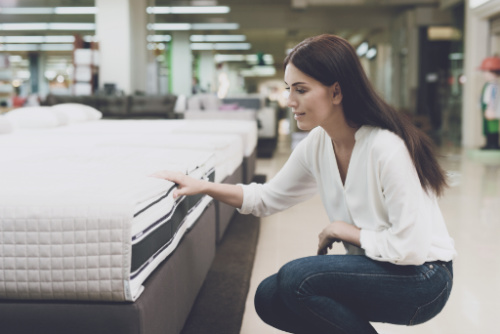 Feng believes this result is likely related to the pandemic’s third wave which is being felt across many parts of the country as well as the extraordinary home price increases seen recently the country which is affecting affordability. “The setback in confidence on purchasing big ticket items threatens the near-term outlook for household spending,” she observed.

The board’s report also broke down the index regionally from coast-to-coast.

Ontario: As COVID-19 cases began falling from a peak reached in mid-April, Ontarians are slightly more confident about their future. Ontario’s index rose 4.3 points in May, thanks to positive sentiment about future employment. Over 25% of respondents believe there will be more jobs six months from now, more than double the number of positive views observed before the pandemic. However, concerns over financial conditions, both current and future, are weighing on consumers’ confidence in making major purchases. Positive sentiment on the major purchases question was relatively steady at 17.9% in May, roughly in line with the national average.

Quebec: The index for this province index rebounded 6.3 points in May, recovering to around 79% of its pre-pandemic level, the slowest pace of recovery after the Atlantic region. With the gradual easing of restrictions in some regions of the province, Quebecers are significantly more confident about their future. Optimism improved on questions of future employment and finances. “However,” Feng noted, “Quebecers are particularly cautious about making a major purchase now, due mainly to their concerns over their current finances. With roughly 67% of negative views on the question, Quebec logged the highest share of pessimism across Canada in May.”

Alberta: Alberta’s index bounced back 9.0 points in May, bringing the index 5.0% higher than its pre-pandemic level. The recent uptick in oil prices boosted Albertans’ confidence about their financial conditions, both current and future. Nevertheless, the controversial order by Michigan Governor Gretchen Whitmer to shut down Enbridge Line 5 operations dimmed the employment outlook for many Albertans, intensifying pessimism on this question for the second consecutive month. More than 37% of respondents held negative views about their future job prospects, the highest share of pessimism across Canada. “Given the pessimism about job conditions, it’s not surprising that Alberta had the lowest share of positive views (14.8%) on the question of major purchases in May,” Feng said.

British Columbia: The index here shot up 19.6 points in May, reaching 98.6% of its pre-pandemic level. Consumers’ optimism about their finances and future employment improved significantly. Close to one-third of respondents are optimistic about their job prospects six months from now, which is the highest share of positive views among provinces. “Positive sentiment on major purchases, however, stalled at 16.7%, likely because of concerns over recent tougher restrictions implemented in the province,” Feng commented.

Prairies: The index in the Saskatchewan-Manitoba region stayed flat at 74.3 in May, following its 5.3 point decline the previous month. Manitoba has the highest COVID-19 per capita infection rate in Canada. As such, consumers in the region are particularly worried about their future employment. The Saskatchewan-Manitoba region is the only area logging negative views on the future job question. “Only 13.8% per cent of survey respondents in the region believe that there will be more jobs six months from now, the lowest level among provinces,” Feng said, adding, “The pessimistic views on the question of major purchases also significantly rose in May, as more than 53% of survey respondents believe that now is a bad time to spend money on big-ticket items.”

Atlantic Canada: As COVID-19 cases spike in most of the Atlantic region, especially in Nova Scotia, tighter restrictions and the delayed reopening of the Atlantic Bubble are taking a toll on consumer confidence in the region. The index plunged 19.5 points in May, back to the bottom of the recovery chart among provinces. Pessimism intensified on all four survey questions. “The region now has the lowest confidence on questions related to finances,” Feng said, adding, “As such, only 15.9% of survey respondents believe now is a good time to make a major purchase, the lowest share of optimism following Alberta.”