OTTAWA – In what is sure to be heralded as good news by furniture, mattress and major appliance retailers, the share of Canadians with positive views on making a major purchase rose in June following a two-month decline, according to the latest reading of the Index of Consumer Confidence (ICC) by the Conference Board of Canada. Indeed, the overall index has almost completed recovered from its pre-pandemic low recorded in February 2020. 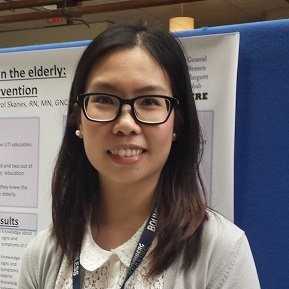 “Canadians are much more optimistic about the future,” Feng said in a statement. “This is largely thanks to accelerating vaccine rollouts across the country, which significantly lowered COVID-19 cases in all regions and enabled provinces to ease some restrictions. Optimism about future employment continued to push higher this month, reaching a record 36.2% of respondents expecting job prospects to improve in the next six months.

“As the future seems more promising, consumers felt much better about making a major purchase this month,” she continued, adding, “The share of positive views on the question increased to 20.1% in June, following two consecutive months of a declining trend. While consumers’ optimism on major purchases hasn’t fully recovered to its pre-pandemic level (30.6%), the uptick in June was a sign of improvement as the economy started to reopen.”

The board reported Ontario’s index climbed in June and now sits 5.3% above its pre-pandemic level. As the province entered the first stage of its reopening plan early this month – which eased restrictions on outdoor dining and some non-essential retailers – Ontarians felt much more optimistic about future finances and job prospects. “A record 35.5% cent of survey respondents believed there will be more jobs six months from now. With improving optimism about the future, Ontarians also felt more confident in purchasing large-ticket items,” Feng noted.

Quebec’s index also this month. Feng pointed out the province’s economy was flying high before COVID-19, but the pandemic brought subjective impressions back to earth. “Quebecers are particularly optimistic about the future, as the province finally moved out of the red zone and relaxed restrictions on many services in June. Close to 40% of survey respondents believed that there will be more jobs six months from now, the second-highest level of optimism among provinces,” she said, adding, “Nevertheless, Quebec still had the highest share of pessimistic views (59.6%) on the question of major purchases. Concerns over current finances translated into Quebecers’ cautiousness on discretionary spending.”

The index in Alberta index soared in June, recording the second-largest monthly gain among provinces. “Events of the past year appear to have shaken Albertans’ memory of the energy bust and have reset confidence to a higher level,” Feng said, observing that the province entered the second of its three-stage reopening plan early this month, and thanks to eased restrictions on both outdoor and indoor activities, Albertans saw a major boost to their confidence around finances, jobs, and sentiments on major purchases.

“Only 43.2% of respondents in Alberta thought now is a bad time to make a major purchase, the lowest share of pessimism on this question among provinces,” she added.

Meanwhile, the index in British Columbia dipped slightly points in June, following the surge in May. “British Columbians are confident that there will be more jobs six months from now, as the province logged the highest share of optimistic views (41%) on the question across regions,” Feng said. “However, consumers are concerned about their financial situations. Optimism on both current and future finances retreated this month. Overall, pessimistic sentiments on finances eroded consumer confidence, deferring a full recovery in its index this month.”

The index in Saskatchewan–Manitoba had the largest monthly gain among provinces. Feng attributed this improvement to both provinces remaining well on track with their summer reopening plans. “The share of optimistic views improved on all four survey questions. With 22.4% of positive responses, consumers in the region now have the highest enthusiasm about major purchases,” she said.

Although the index in the Atlantic region rebounded in June and now rests at 83.2% of its pre-pandemic level, it still has the slowest recovery pace in Canada. While loosening border restrictions in Atlantic Canada gave more hope for future job prospects, overheated inflation in all four provinces raised concerns over future finances. “Only 16.2% of survey respondents held positive views about their future financial conditions – the lowest share of optimism among all regions,” Feng said, adding, “As such, it’s not surprising that consumers’ positive sentiments on major purchases remain muted at 15.3% this month.”