MISSISSAUGA, Ontario – The Canadian Home Furnishings Alliance has named City Furniture & Appliances as its 2018 Retailer of the Year for Western Canada. The distinction for Eastern Canada has been awarded to Germain Larivière.

The CHFA Awards gala will be held on the evening of Thursday, May 24 – immediately prior to the opening of the Canadian Furniture Show, which will run from May 25 to 27 at the International Centre here.

In a letter to his members, CHFA chairman Mark Wiltshire noted the association established the LAA “to recognise those individuals who over their career have made exemplary and sustained contributions to the Canadian home furnishings industry and their communities.” 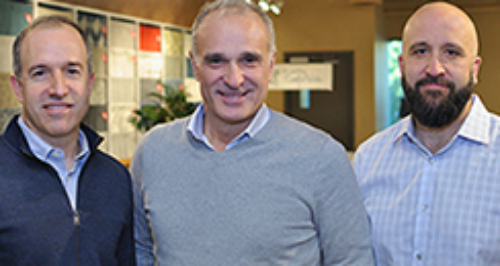 Stylus Sofas had its beginnings in 1977 under the name of Atlantic Furniture. It was started by Philip Ripoli, Eugene Barichello and Nino Barichello. A short while later Rick Ripoli – Philip’s eldest son – joined the company with Dennis Ripoli – Philip’s youngest son – signing on in 1987. Derek Barichello, Nino’s son, came aboard in 1991. The three changed the company’s name to Stylus, Made-to-Order Sofas in 1992.

“Today with all the original owners retired Rick, Dennis and Derek operate and manage Stylus,” Wiltshire said. “They take pride in running the family business. Under their leadership the company supplies product around the world to both the residential and hospitality industries. Stylus operates two locations in greater Vancouver with showrooms located in Vancouver and Las Vegas. The company employs 200 people.”

The LAA is usually awarded to a Canadian furniture manufacturer. Prior recipients include the late Orville Mead, president of Durham Furniture; Jean Deveault of Canadel Furntiure; and, Art DeFehr of Palliser Furniture. In a departure from tradition, the 2017 LAA honouree was Dennis Novosel, founder and chairman of destination retailer Stoney Creek Furniture.

Meanwhile, the Retailer of the Year (ROY) Award is dedicated to recognised exemplary models of excellence and community service by Canadian furniture businesses.

For the second time in the award’s history, a retailer from Western Canada will share the accolade with one from Eastern Canada. This was last done in 2016 when the recipients were Konto Furniture and JC Perrault, respectively. 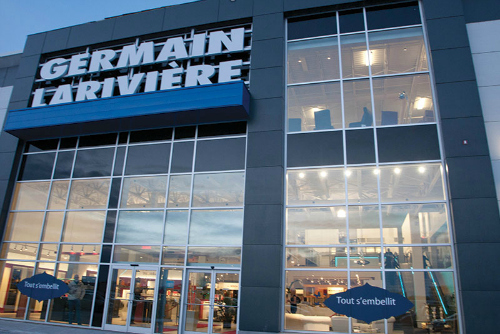 The first Germain Lariviere store opened in Montreal suburb of Saint-Hyacinthe in 1957. The following 20 years was a time of investment and growth. After a fire ravaged the store in 1990, the company was rebuilt.

With the arrival of the new millennium, a second store was opened in nearby Laval, followed by a third store in Quartier Dix30 regional power centre in Brossard. Today, the company employs some 200 people under the second generation leadership of Jean and David Larivière, the sons of the founder.

Germain Lariviere supports a number of charities including La Maison Victor Gadbois, which offers palliative care to patients suffering from terminal cancer; and, is Fondation Aline Letendra, an organisation that gives a better quality of life to the residents of short and long-term care facilities.

The 2018 Retailer of the Year from Western Canada is City Furniture & Appliances, which opened its first store in Prince George, British Columbia in 1976. “The strong values, respect, trust and honestly of the Kandola family have allowed City Furniture to grow to 20 stores in British Columbia. The stores are all owner-operated by family which has been the key to their success,” Wiltshire said in his announcement.

“The success of the City Furniture Group is attributed to three factors: friendship, family and community,” he continued. “Developing strong relationships and friendships with suppliers and staff has been critical to the success of the organisation. Fostering these friendships has allowed for growth and expansion. A solid family base, the firm belief in family first and its morals and values was instrumental in the success of the business. It is the strength of the family that has carried the Kandola family and City Furniture into its third generation.”

In each city where individual store operators live and work, the retailer gives back to that community by supporting local charities and sports teams. And for the past 20 years, the City Furniture Group sponsors an annual charity golf tournament. Hosted by a different franchise city every year, it raises funds for causes such as hospitals, food banks, Boys & Girls clubs and sports teams.

The awards gala will be held at the Universal Event Space which is located at 6250 Highway 7 in Vaughan, Ontario. A reception will be held at 5:30pm followed by dinner at 7pm and the awards presentation at 8pm.