The 2,900 square foot showroom is located at 2294 West 4th Avenue and is part of an ambitious roll-out that will see the New York-based disruptor open some 200 physical stores across North America over the next few years.

Casper opened its first Canadian location in spring 2018 in Toronto’s Sherway Gardens shopping centre – which recently saw the addition of a Sleep Country Canada store – followed a few weeks late by its flagship store at 342 Queen Street West in the city’s downtown core, which also houses its Canadian headquarters. The company announced earlier this year that is now also manufacturing its Casper and Essential mattress sets in Canada. 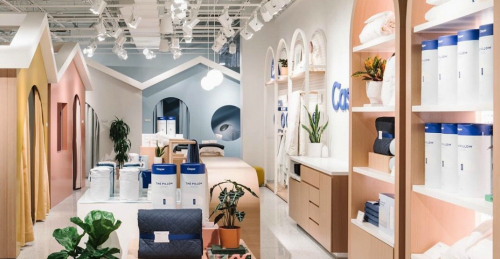 The company has already announced plans to roll-out more locations in British Columbia, Alberta and Quebec, as well as more in the Ontario market. Construction has reportedly started on a 2,200 square foot location at the Chinook Centre in Calgary on the mall’s main level near Nordstrom.

A third Toronto location at Yorkdale Shopping Centre is also under way. Set to open later this year, it will cover some 2,400 square feet across from the mall’s Dyson store.

Casper was founded in New York City in 2014 as a direct-to-consumer online retailer and has celebrity backers including Leonardo DiCaprio, Tobey Maguire, Adam Levine and Ashton Kutcher. The company’s revenue was estimated at US$400 million last year. In Canada, its product is also sold by several other furniture retailers including Hudson’s Bay and EQ3.