NEW YORK – Online mattress merchant Casper has made several aggressive moves to strengthen its position in the Canadian market in recent weeks with the opening of a new Canadian headquarters, announcing the addition of two new brick-and-mortar stores as well as that it has started to manufacture at least some of its product in this country.

These moves follow the addition of Dani Reiss, president and chief executive officer of Canada Goose to the company’s board of directors.

“Around the world, Canadian-made products are recognised and trusted for their superior quality and performance,” said Reiss. “As a lifelong advocate for Canadian manufacturing, I am thrilled that Casper will now be producing products in Canada.” 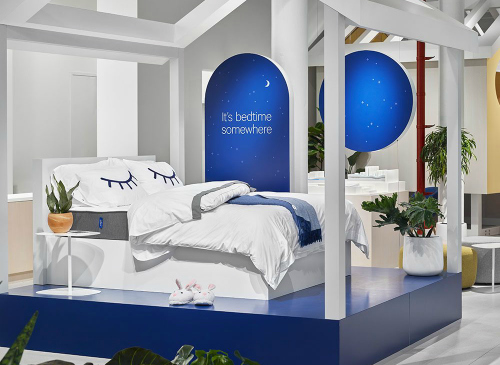 In a statement, Casper said both the Casper and Essential mattresses are now being made in Canada and are being shipped across all provinces and territories. However, the company didn’t say where they were being made.

The sleep company has also opened a Canadian headquarters in downtown Toronto to support its operations in this country.

“Over the past four years, we’ve seen tremendous growth in Canada and amassed a loyal customer community,” said Nicole Tapscott, Casper Canada’s vice president and general manager. ‘With our Canadian headquarters officially open and Canadian-made mattresses now shipping, we’re excited to deepen our local roots and commitment to the market.”

Casper has also opened two physical stores in Toronto – one downtown and the other in CF Sherway Gardens, one of the city’s largest shopping centres – and according to industry newsletter Retail Insider, it has plans to open addition store in Vancouver and Calgary in the not-to-distant future.

Currently under construction is a 2,200 square foot showroom in Calgary’s Chinook Centre, which is owned and operated by shopping mall giant Cadillac Fairview (CF).

Retail Insider said it will be located near the entrance to the mall’s Nordstrom anchor store and be surrounded by other power retailers such as Microsoft, jewelry retailers Birks and Tumi, a high-end leather goods purveyor.

“CF Chinook Centre is the leading shopping centre in southern Alberta in terms of overall sales-per-square-foot productivity and tenant mix and is anchored by Hudson’s Bay as well as Alberta’s only Saks Fifth Avenue and Nordstrom stores,” Insider said, adding, “As well, Louis Vuitton opened a standalone store in the centre last year and more big names are on the way.”

Although a firm date hasn’t been set, Insider also reported Casper will open its first Vancouver storefront – located at 2294 West Fourth Avenue in that city’s trendy and upscale Kitsilano area – in the near future.

Casper has also acknowledged it plans to open more stores in Ontario as well as in Quebec, where it experimented with a couple of pop-up stores last year.

Casper was founded in New York City in 2014 as a direct-to-consumer online retailer. It boasts a number of celebrity backers such as Leonardo DiCaprio, Tobey Maguire, Adam Levine and Ashton Kutcher. It recently announced the close of US$100 million in new funding that it will invest to fuel the company’s growth and said revenues for 2018 were over US$400 million. Canadian revenues were not disclosed.

In addition to its global e-commerce business, Casper owns and operates more than 20 sleep shops across North America, and its products are also available in Canada at Hudson’s Bay, Indigo, and EQ3.